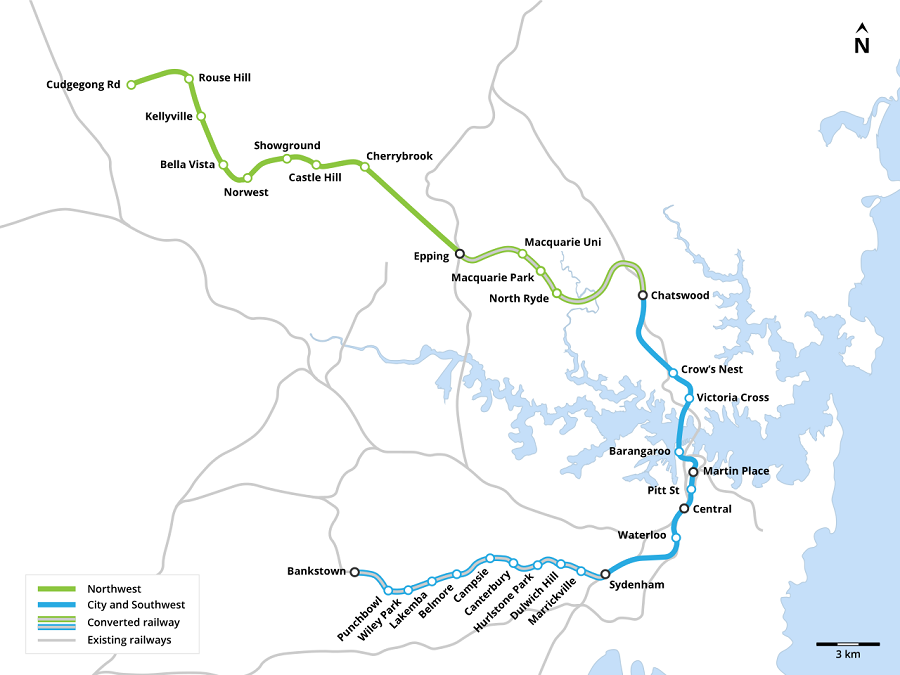 In Sydney and surrounding regions, fares are based on:
• the distance you travel from tap on to tap off
• the mode of transport you choose
• whether you’re eligible for a concession fare or free travel
• any Opal benefits such as discounts and capped fares that apply

Adult tickets are for everyone aged 16 years and older, with the exception of NSW/ACT Senior Secondary Students and those eligible for a concession fare. If you don’t have an Opal card you can use your contactless payment card or device for Adult Opal fares. Or you will need to purchase an Opal single trip ticket. If you forget to tap off you’ll be charged a default fare which is the maximum possible fare for your trip.

Sydney Metro train services are operated frequently with a headway of 4 minutes (peak) and 10 minutes (off-peak) throughout the day from early morning until late at night.

Current PDF timetables can be viewed on Transport for NSW’s website.