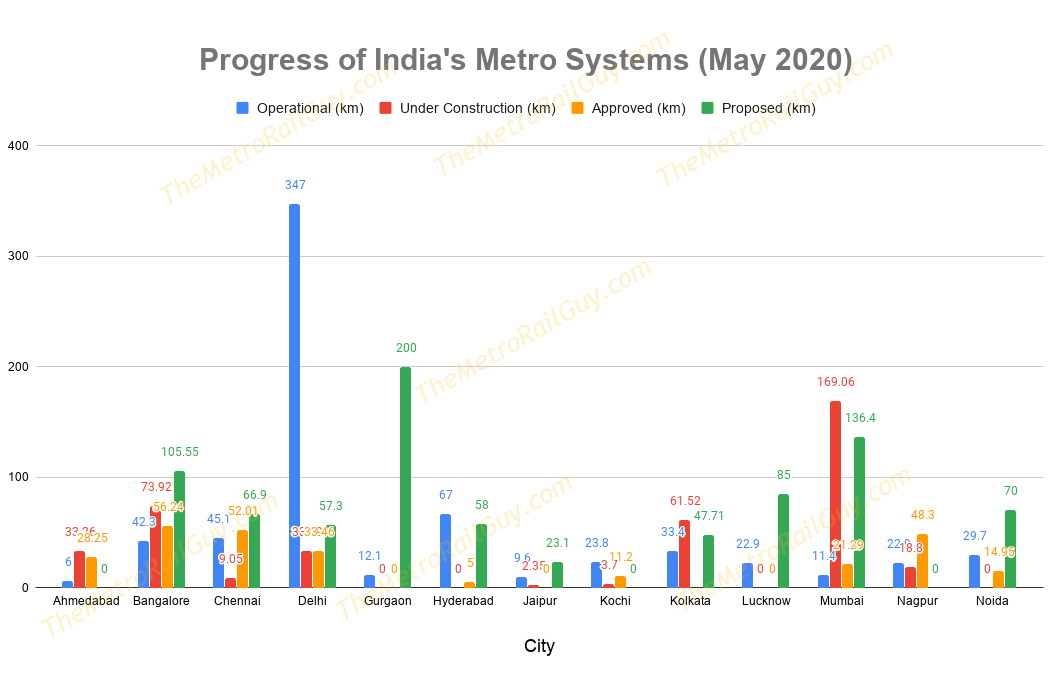 • In the interest of space, only operational projects have been included above. Besides the above cities, metro projects are under construction in Bhopal, Indore, Kanpur, Navi Mumbai and Pune.

• Approved includes sections of lines which have at least been approved by the state government’s cabinet.

• Proposed includes upcoming lines which have been announced by the state government or local development agency. Their routes & distance are likely to be revised by the time their Detailed Project Report is created and approved.

Questions? Connect with me via the Contact Me page.