Manila Metro is an 16.9 km metro system with 1 line and 13 stations in Manila, Philippines. Two new lines (58.8 km) are under construction and scheduled to open by 2022. Five more lines are currently in the approval-planning stage. 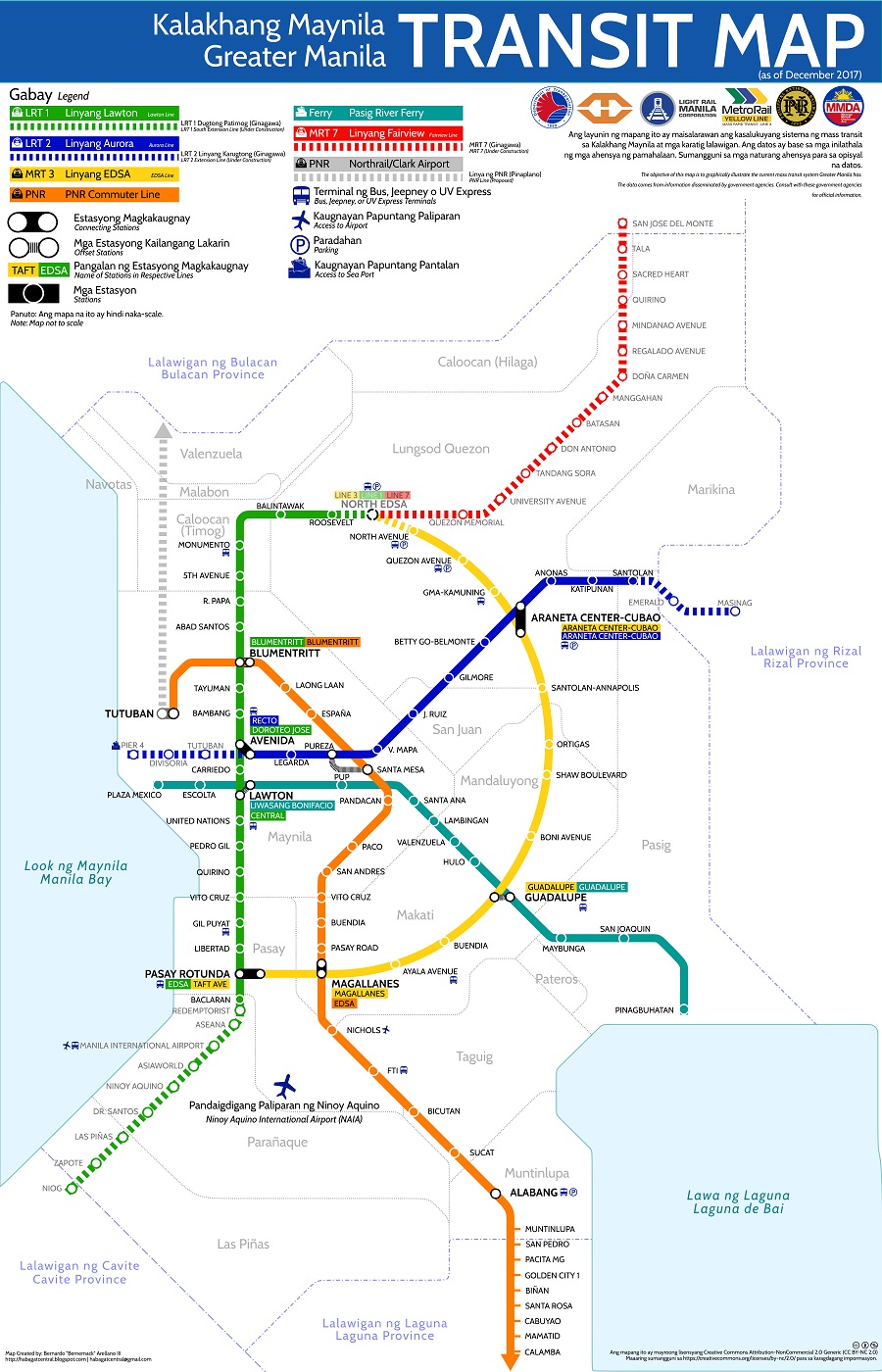 Fares are distance-based, ranging from 15 to 30 Philippine pesos (₱), depending on the number of stations traveled to reach the destination.

Users can ride the metro buying a contactless smart card called BEEP. The card may either be purchased at a ticket counter or at an automated ticket vending machine, which is not available at all stations.