4 new lines (182 km) are planned to be built by China Railway Construction Corporation and operated by Mecca Mass Rail Transit Company (MMRTC). As of May 2020, contracts have not been awarded. 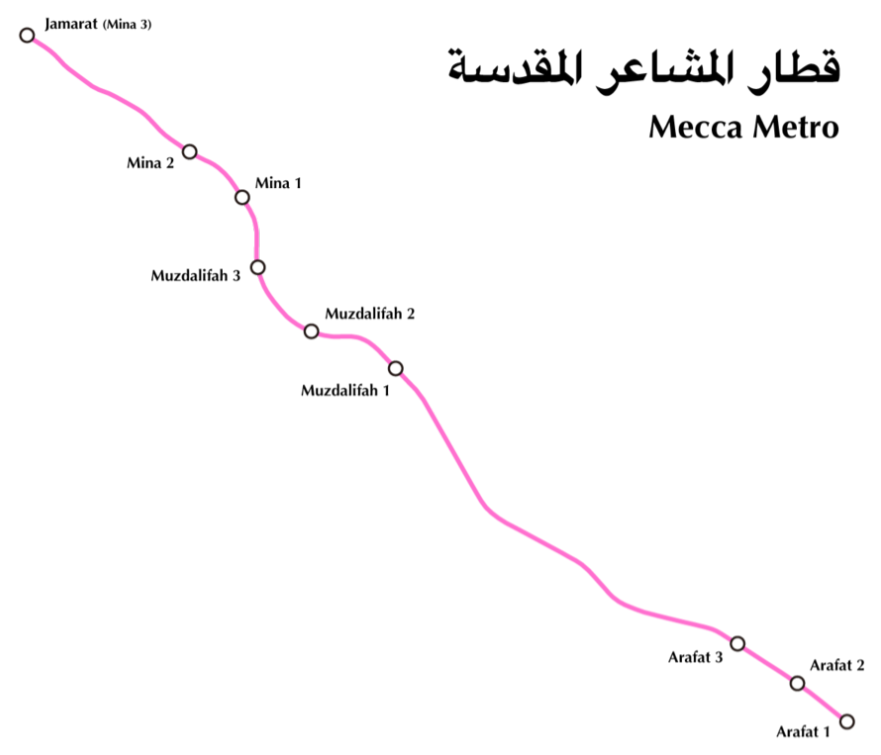 Tickets for use during the Hajj cost 250 riyals or 100 riyals on the last day.

Mecca Metro train services are operated during the holy practices of Hajj with 5 types of trains movements throughout the entire day – Movement A, Movement B, Movement C, Movement D and Movement E. Refer to the schedule posted at the stations.