The Delhi’s Airport Express line has shown a big jump in ridership compared to a year ago. According to the ridership numbers revealed by the DMRC, there has been a roughly 56% jump in the daily ridership. 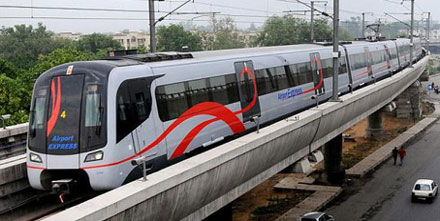 This jump can be attributed to various measures taken over the past 12 months such as:

3) Improving the train timings to start earlier in the day – The timings of the first service of the day was rescheduled from 5.30 a.m. to 4.45 a.m. from New Delhi and Dwarka Sector 21 to connect with trains of the Indian Railways.

4) Introducing metro smart cards that can be operated on  all lines of the Delhi Metro – Following the introduction of the new smart cards, the ridership shot up by 13% in a month. While in April, the Airport Express Line had registered a ridership of 17,371, the recorded figures for May shot up to 19,466.

While the ridership numbers are still low for a 22.7 km line, the percentage increase is absolutely phenomenal! Hats off to the DMRC for taking positive & bold steps after the line was abandoned by Reliance Infrastructure in 2013.