As per a recently published report, 50% of the land acquisition for Ahmedabad Metro’s Phase I costing approx 770 crores has been completed. This represents about 45 hectares out of 90 hectares required for building various components of the project like stations, parking lots, depots and utilities. 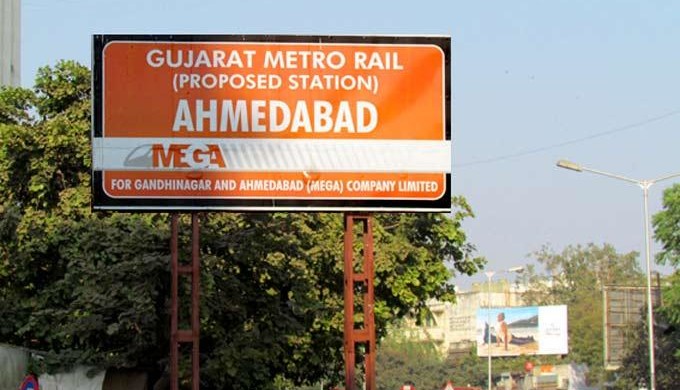 Out of those 45 hectares, 40 hectares are required for the Apparel Park Depot on the East-West line and Gyaspur Depot on the North-South line. Roughly 25 hectares of land will be used temporarily to setup 10 casting yards for building segments that will be launched to form the metro viaduct (bridge). As for private properties held by individuals, 20+ such properties have been identified which will be acquired.

According to another report, officials from the Japanese International Cooperation Agency (JICA) will soon visit the city to confirm the rehabilitation efforts taken by the Ahmedabad Municipal Corporation (AMC) for the project affected families. As per the official agenda (over some chai–biskoot), they will inquire about how environmental and socio-economic issues are planned to be dealt with. If the meeting goes satisfactorily then the JICA will proceed to release the first installment of the Rs 5,900 crore loan for the project.