We can all let out a sigh of relief! As per a tender released on the BMRC’s website, the two new lines of Bangalore’s Phase II project will draw power from the Third Rail system which is more aesthetically pleasing than the Overhead Equipment (OHE) that can be seen in other metro systems around the country. While it’s true that the 3rd Rail system doesn’t allow for speeds greater than 160 kmph and a fast propulsion due to a lower voltage, it shouldn’t really matter in the case of the Bangalore Metro since stations are typically a km away from one another. 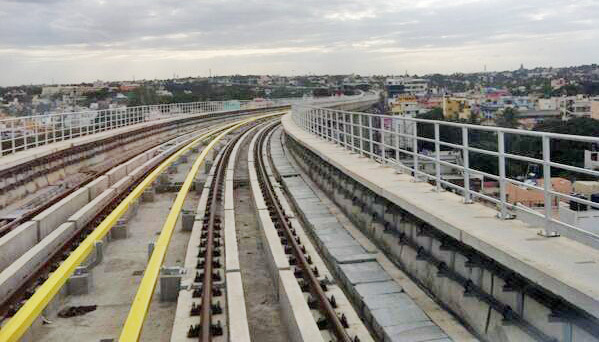 Here’s what the tender’s title has to say:

Tenders for various components (civil/mechanical/rehab) of these lines are currently being released and we can expect work on the ground to start early next year.