I was recently asked by a user on Twitter what my thoughts are on the impact of Metro systems on Real Estate (RE) and how regulatory changes can help enhance a metro line’s ridership, so in in addition to my tweet back to him, I thought I’d express my thoughts in further detail.

At the time of writing this, there are currently seven functioning Metro systems in India – Kolkata, Delhi, Bangalore, Gurgaon, Mumbai, Jaipur and Chennai with many more under construction and more in the pipeline. It’s been observed that after a metro line is inaugurated, it brings a positive change to the area which affects land values. From an urban development standpoint, we also notice changes in the land use and an increase in FSI which results in densification along the entire metro route. The influence of a metro line can seen up to 1 kilometer away and the most influence is exerted within a 500 meter walking distance of a station. As you can deduce by now, the influence obviously decreases as the distance from the station increases. As per estimates, the market value of properties will increase by more than 50 percent over the existing values after the launch of the metro system. This increase of course depends on the location, influence, land use and overall market’s appeal. 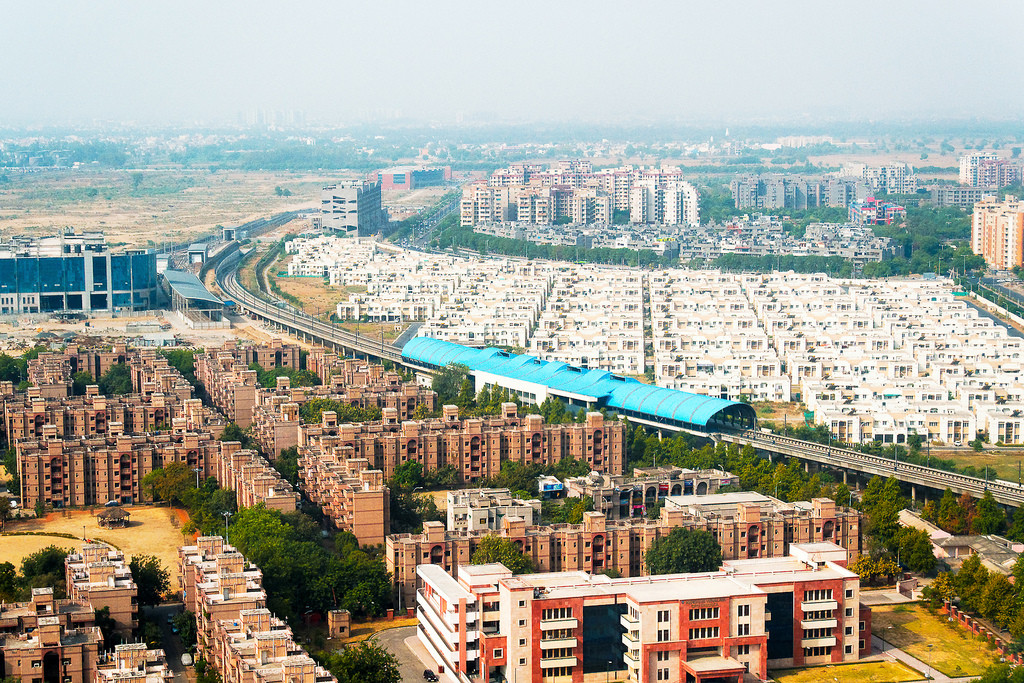 The impact on RE is direct, large-scaled and more so on commercial property values than on residential ones. This is because these areas become instantly accessible & connected to the rest of the areas along the metro line. For example, places like Chandni Chowk, Chawri Bazaar etc. within Purani Dilli (Walled City) of Delhi became instantly accessible once the Yellow line was built. Prior to that, it was quite a stretch/arduous task to get there.

On the residential front, land values go up due to an increase in the demand of homes as the metro results in reduced commuting costs and a higher convenience to users. So it’s quite natural that buyers are drawn to properties that are within a walking distance to a metro station. We also notice that the population density of nearby residential areas go up and there’s a steep increase of new developments on existing properties (houses rebuilt as apartments) and on vacant land as developers seek to capitalize from an increase in FSI from policy changes. This constant rise in the price is observed from as soon as the metro line is announced to when the line becomes operational.

What’s important for all of us to realize & consider is that these new developments exert a lot of stress on the existing infrastructure, so while a metro line is being built, it must be important for the local Government/Municipal departments to bring improvements in the supporting infrastructure otherwise land prices will start depreciating just like they shot up.