The Uttar Pradesh government has had enough. The past couple of months had tired them down in seeking the  Union Ministry of Finance’s Public Investment Board’s (PIB) clearance, so they’ve now decided to use their own money to construct the first stretch of the Lucknow Metro prior to the 2017 elections.

This first stretch is 8.3 kms long and runs from the RTO office in Transport Nagar to the Railway Station in Charbagh. Images of the line taking shape on Kanpur Road (NH25A) can be seen here: Lucknow’s Metro is Taking Shape! The entire north-south corridor will run from Munshipulia to Amausi and is estimated to cost Rs 6,880 crores. Out of this, the UP government’s share is Rs 2,000 crore, but in an effort to not delay construction they are willing to spend their entire share on the first stretch itself. 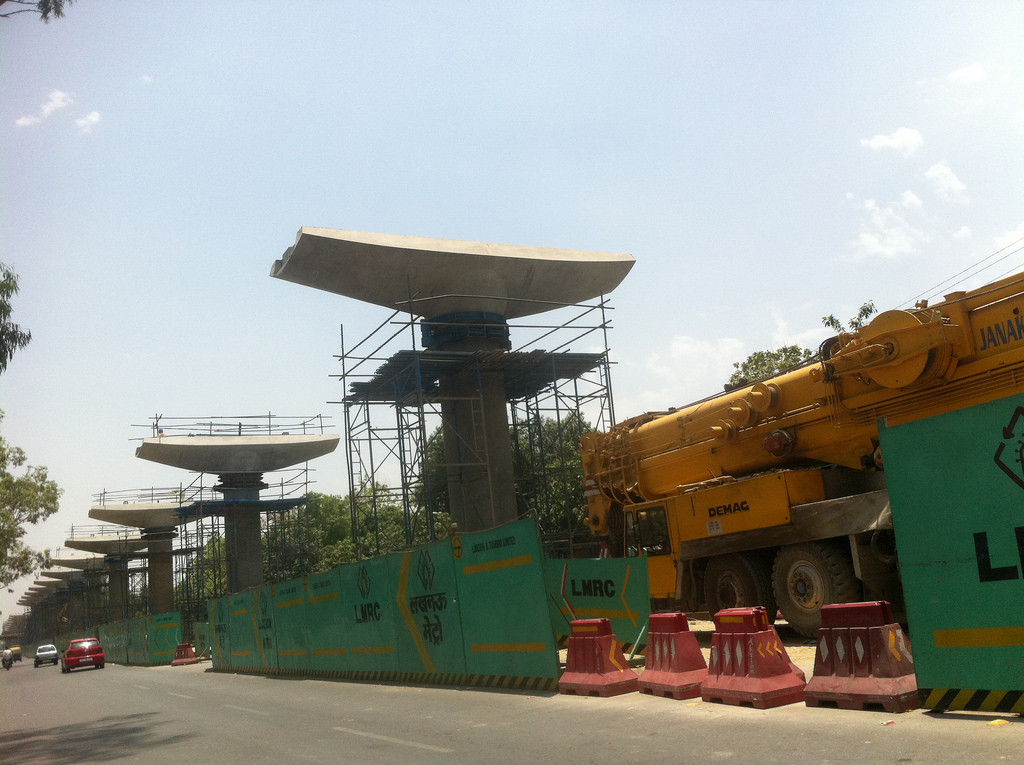 This decision by the UP government is not only bold but also calculated since they can now blame the central government for any delay caused in making the system operational. The centre is supposed to fund 20% of the cost, but their share cannot be released until the the project is approved by the PIB. As such, the centre’s allocation of Rs 50 crore in the 2014-5 budget and Rs 173 crore in the 2015-6 budget cannot be released.

The next meeting of the Board is scheduled on August 6 and the UP state government officials are expecting to receive clearance. If the project is approved, it will take about two to three months for the state to receive the Centre’s share of funds.