On the morning of August 3, the Delhi Metro completed the 1351 meter long UP tunnel between Red Fort (Lal Qila) and Kashmere Gate on the violet line! 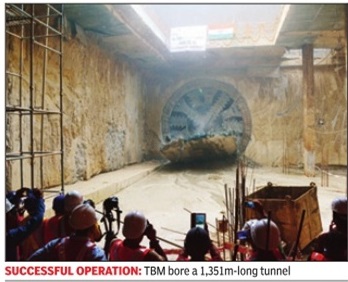 The Tunnel Boring Machine (TBM) was lowered into the shaft at Kashmere Gate on December 6 2014 and the initial drive by the contractor (a JV between Era Infra & Metromostroy) started on December 26. The TBM bored roughly 16 meters below the surface while passing through historical areas such as the Dara Shikoh Library, Lothian Railway Bridge & Ambedkar University. 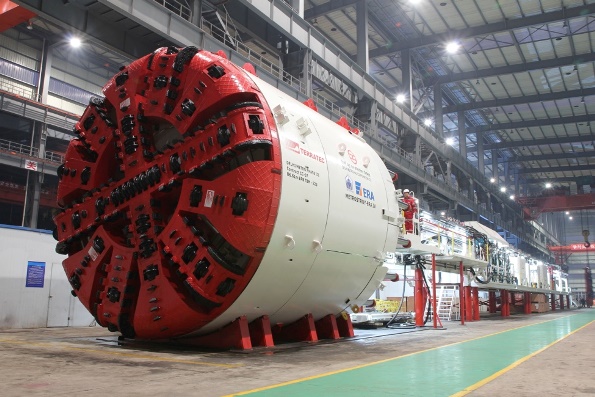 This section is part of the 9.37 km northern extension of the Violet line from Central Secretariat to Kashmere Gate under Phase 3 of the project. The second TBM is currently working on the down tunnel which will be 1356 meters long when complete. Once the Kashmere Gate station opens, travelers will easily be able to switch between the Yellow, Red & Violet lines.