Due to an increasing ridership that fills up stations quickly and instances of suicides, the Delhi Metro Rail Corp (DMRC) will be installing platform screen doors (PSDs) on 6 stations by 2016. These doors act as a partition between the platforms & track area, and only open & close when a train arrives/departs. Currently, only the Airport Express line has such doors. The upcoming Pink line (Mukundpur to Shiv Vihar) and Magenta line (Janakpuri West – Botanical Garden) will have PSDs installed when they start operating.

The six stations where these PSDs will come up are along the Yellow line:

Out of these, the Chawri Bazaar station will be the first station where the PSDs will be installed. 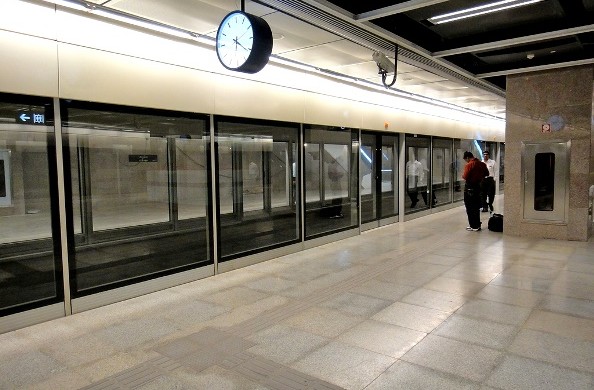 The PSDs will be installed by a team of Indian & Korean companies during the night (non-revenue hours) when the metro doesn’t run. After extensive testing, the PSDs will finally start functioning by 2016.