Journalistic standards keep on plummeting – that’s if there were one to begin with, ha! The Hindu recently published a “new” report on the Metro station being built at the Central Railway Station and how it’ll integrate with other buildings and modes of transportation. This is nothing but a recycled version of a report that was originally published in December 2013.

Anyhow, a JV of Russia’s Transtonnelstroy and India’s Afcons is building the Chennai Central Metro station at a cost of nearly 400 crores at a depth of 25 meters below the Poonamallee High Road on the south-west side of the Central Railway Station. This station, sprawling sprawling 70,000 sq m, will serve as an interchange between the Washermenpet – Airport and Chennai Central St. Thomas Mount metro lines. 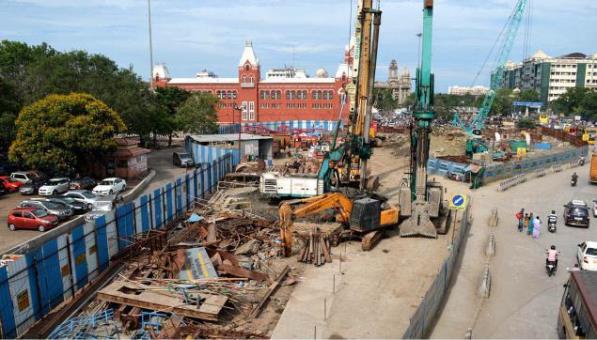 When civil work on the station is completed in late 2016, it’ll offer urban intermodal integration through a series of skywalks and pedestrian at-grade crossings. The metro will connect with buses (local, inter-state) and trains (Indian Railways at Central Station, MRTS at Park Town & Suburban at Park Station)

The station will have six entrances for easy access: 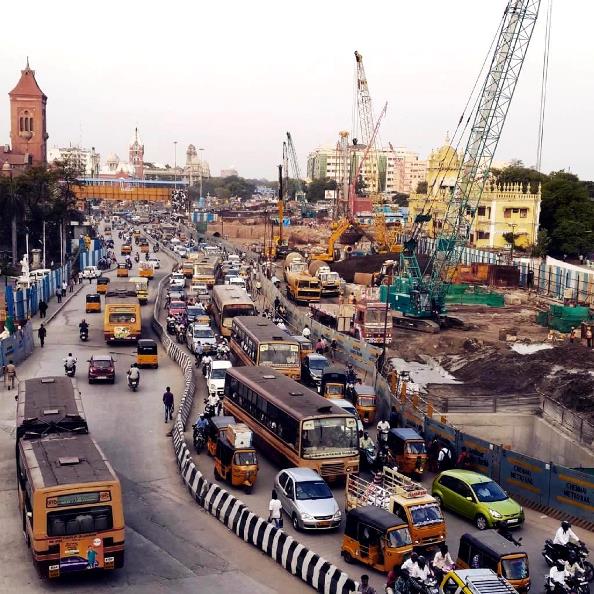 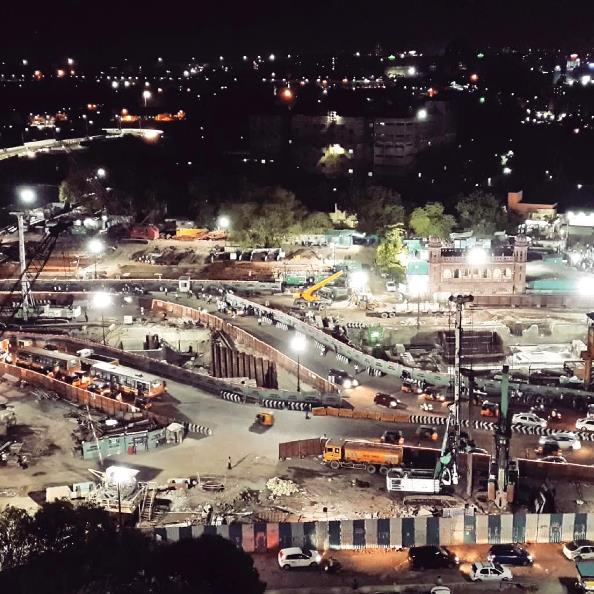 Besides a fountain, a 3 level parking structure for 500 cars and 1000 two wheelers will also be built for users to park and ride the Metro to their destinations. The Chennai Metro will also be the second metro system in the country that will connect with its airport. Taking advantage of that, the Chennai Metro Rail Ltd (CRML) will introduce an airport check-in facility so that passengers can complete check-in, grab their boarding passes and take the metro to the Airport. This is similar to the check-in facility available at the New Delhi Railway station.

With the way things are progressing, this transport hub will be live in a little of a year from now. Watch this space or check out the Chennai section of TMRG for more updates!