After the ground breaking ceremony was held in April earlier this year, the Lucknow Metro project is moving EXTREMELY fast (See: August 1 Updates) keeping in mind the UP state elections which will be held in 2017. Here’s a gist of some of the recent updates.

As per a recent report:

1) The LMRC is planning to start trial runs in August 2016 for which one 4-car train will be brought from Delhi since the Metro trains for Lucknow might not be available by then.

2) The tender for the Rolling Stock and Signalling system will be opened by August 31. The selected company will supply 20 4-car trains for a total of 80 cars/bogeys. 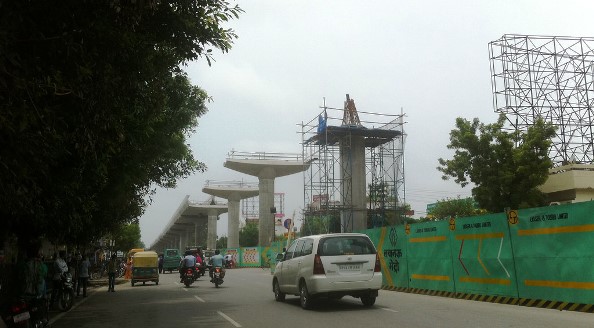 3) 3 parking lots will be constructed at Transport Nagar, Charbagh and Aalambagh (source)

4) The entire Metro route has been declared to be a no-vending zone, so commuters can expect not get hassled by vendors (source). This will also help prevent congestion on the road-level.

5) Richa Industries bagged the contract to build the Metro’s depot on a 46.5 acre land parcel at Transport Nagar (source). The project involves construction of 5 pre-engineered buildings (PEB), inspection bay line & workshop, stabling shed and car parking. The depot is expected to be completed by September 2016 (source).