Early morning on August 24, Ircon International Ltd, the company entrusted with laying the tracks for Kochi Metro started placing the first set of rails on the metro’s viaduct. Roughly 30 tonnes of rails were brought in from the metro’s yard located at the Kerala Water Authority’s plot behind the JLN stadium at 11:30 pm on Sunday night. They were loaded onto a trailer truck and transported by road to the viaduct between Mezbaan and TVS junctions. After that, the 18 meter long rails (which each weigh a tonne) were lifted on top of the viaduct in batches of two at a time. 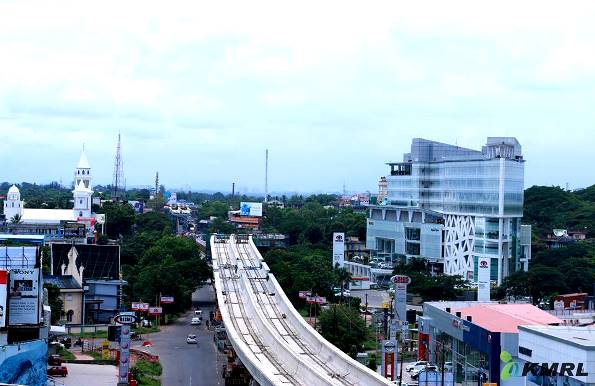 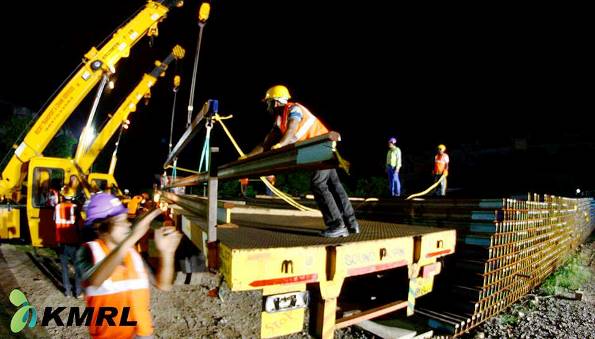 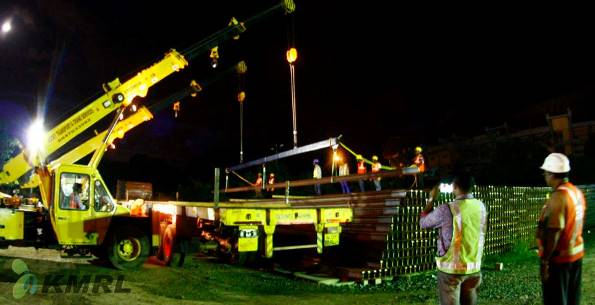 News video with visuals of the tracks being offloaded at the site:

On Monday afternoon, IRCON started laying the rails in their position. In a couple days, a new crane will be brought in to help weld the rails together to form the metro’s track.