The Delhi Metro Rail Corporation (DMRC) and a JV of FEMC-Pratibha have almost completed tunneling a 176 meter stretch on the new Magenta line (Janakpuri W – Botanical Gardens) using the New Austrian Tunneling Method (NATM). This stretch had to be built using NATM since the line had to pass below pier# 135 and pier# 136 of the Violet line which are just 28 meters apart. Due to this space constraint, it was decided to construct a single tube tunnel through which both the ‘up’ and ‘down’ tracks would pass.

The NATM tunnel starts just north of the Kalkaji Mandir metro station which will have an interchange facility for users to switch to the Violet line.

Google Earth view of the site:

Note: When Google updates the satellite imagery in 2016, this view will disappear!

The NATM technology involves tunneling through a mechanical excavation (using a boom with a laser) and controlled blasting. This method has previously been used at Chawri Bazaar & Saket for Yellow line and under the Ridge for the Airport Express line. 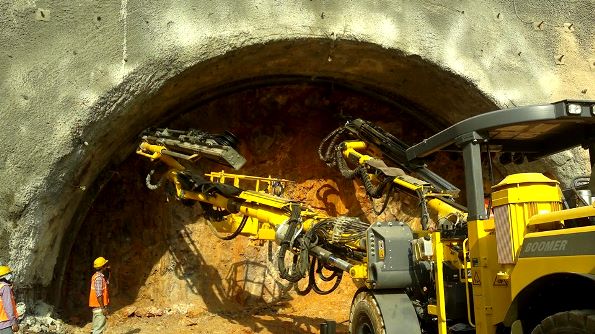 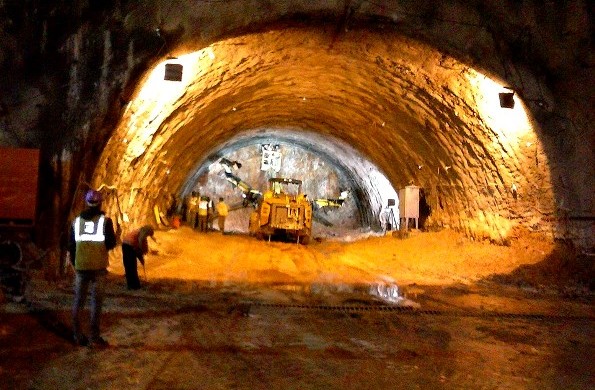 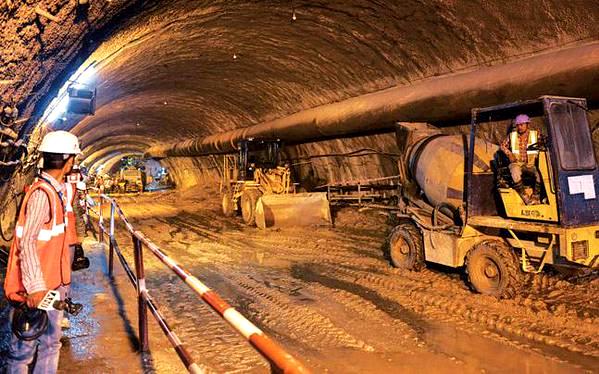 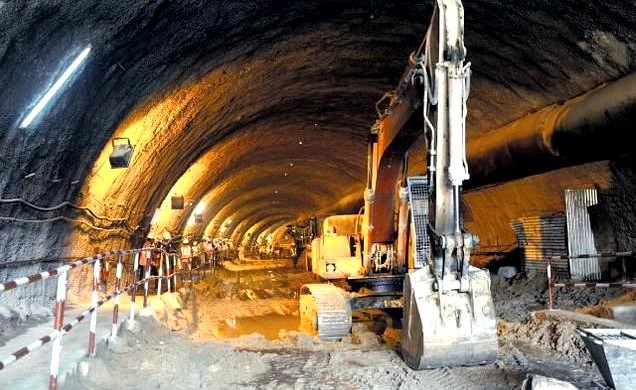 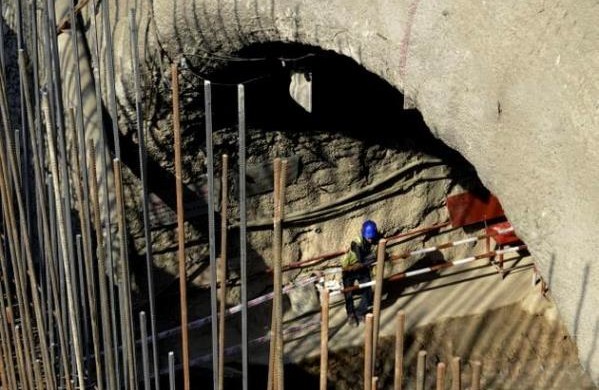 A look at the mouth of the tunnel – Photo Copyright: The Hindu 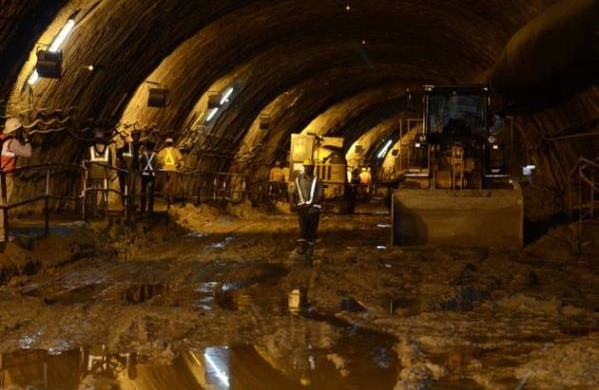 A metro worker walks amid the muck inside the tunnel – Photo Copyright: The Hindu 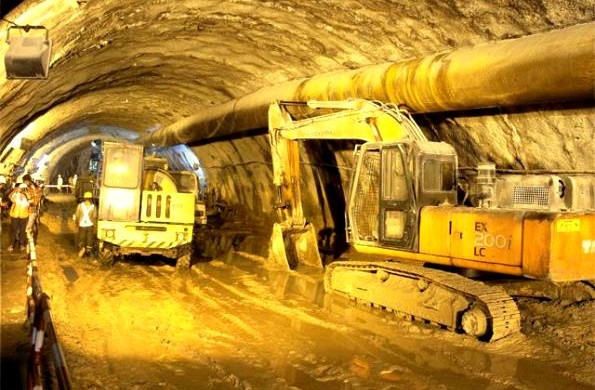 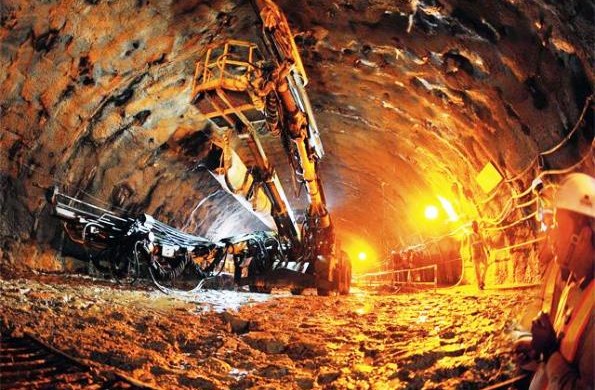 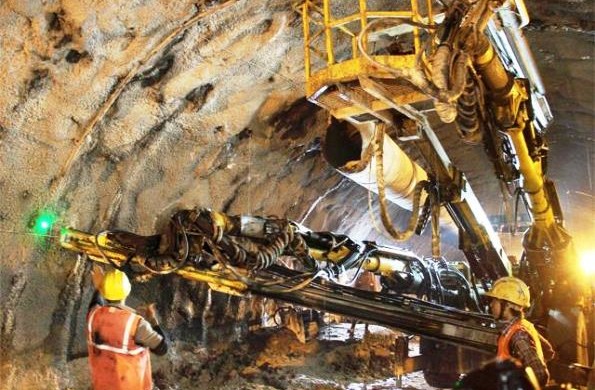 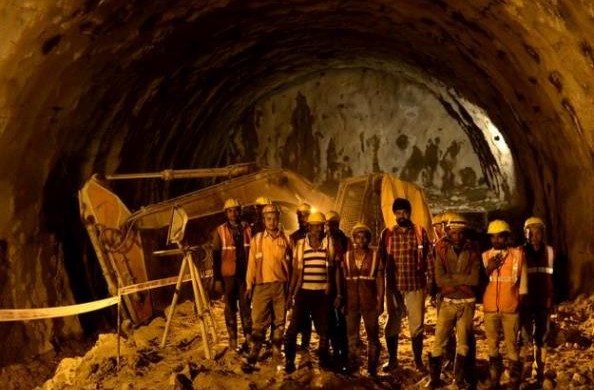 Workers eagerly pose for a picture – Photo Copyright: The Hindu