While new trains continue to arrive at the Chennai port for Hyderabad’s metro (see recent pic here), it’s a good idea to showcase Hyderabad’s Metro trains that have been ordered from South Korea based Hyundai Rotem. 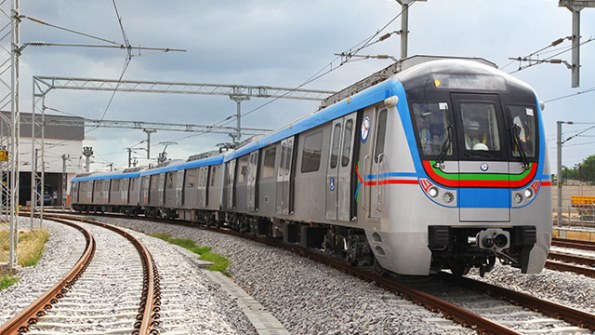 On 12 September 2012, L&T Metro Rail (Hyderabad) Ltd announced that it had awarded the US$270 million contract to supply 57 trains consisting of 3 coaches for a grand total of 171 coaches from Hyundai Rotem. These trains are scheduled to be delivered in phases at least 9 months before the commencement of each of the 6 stages. In May 2014, the first train reached Hyderabad following which it started trial runs on the Uppal to Mettuguda stretch of the Red line. 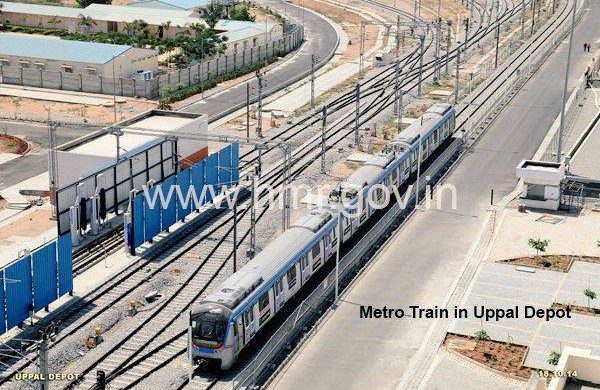 View from on top of the Uppal Depot – Photo Copyright: HMR 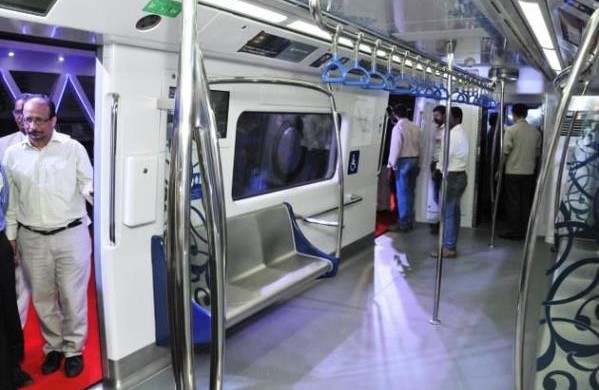 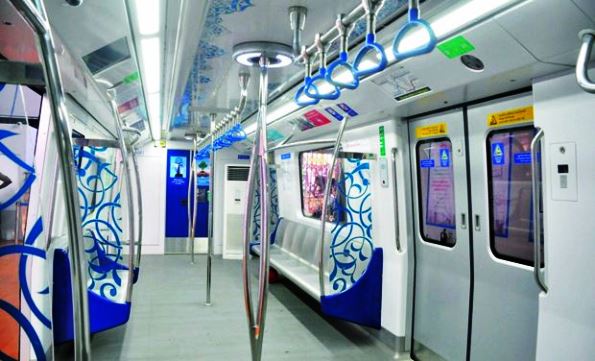 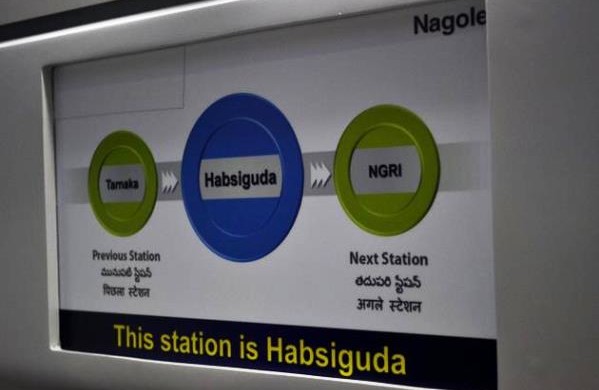 Each air-conditioned coach will have capacity to seat roughly 330 people and a train of six coaches is expected to carry about 2,000 passengers. While these trains have capability to manage a top speed of 80 km per hour, the average speed is likely to be around 38-40 km per hour. All the trains will be equipped with CCTV cameras both inside and outside the cars. Besides that, there will be plug points for users to charge their mobile and laptops inside the train. 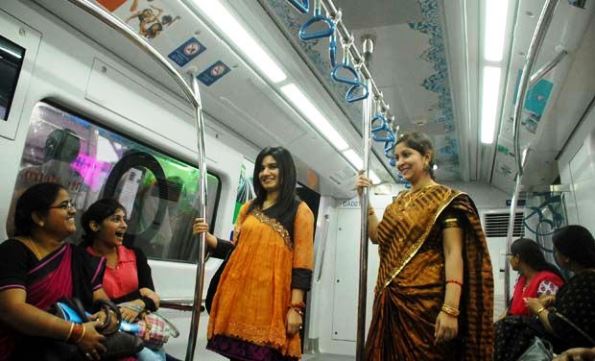 Visitors on a train – Copyright PedIndia 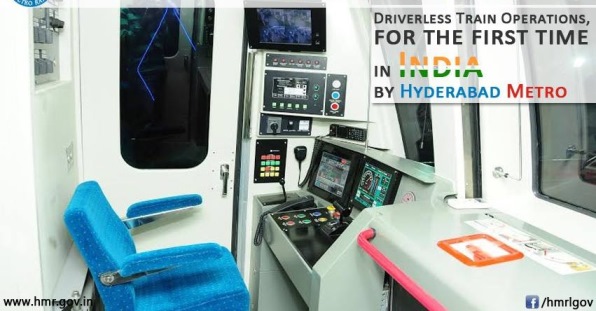 If you noticed the caption placed directly on the last image, you’d notice that these trains can be operated without a driver similar to Delhi’s Phase 3 trains (see pics here) for the Pink & Magenta lines. This is possible through the Automatic Train Operation (ATO) mode in which the train operates on its own and self controls its movement, speed, performance etc., with automatic application of brakes without the intervention of the train driver who’s only function is to press a button to close the doors at the stations.

For more updates on Hyderabad’s metro, check out the Hyderabad section of the TMRG!

One Response to "Virtual Tour of Hyderabad’s Metro Train"