Workers, engineers and the management of Coastal-TTS JV have a reason to celebrate today. After an entire 22 months of tunneling they finally got the chance to witness what they’ve been looking (and dreaming) forward to for months. By 5 pm on Monday, an entire crowd of workers & media personnel had gathered to witness the breakthrough at Chickpet station which was just minutes away. 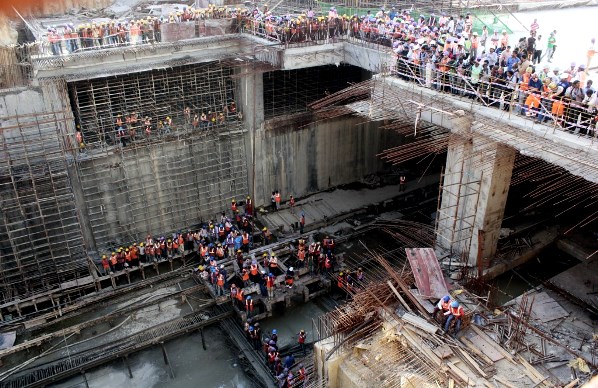 At approximately 5:02 pm, the entire team welcomed Krishna from KR Market with whistles, cheers and applause as the concrete wall came crashing down. 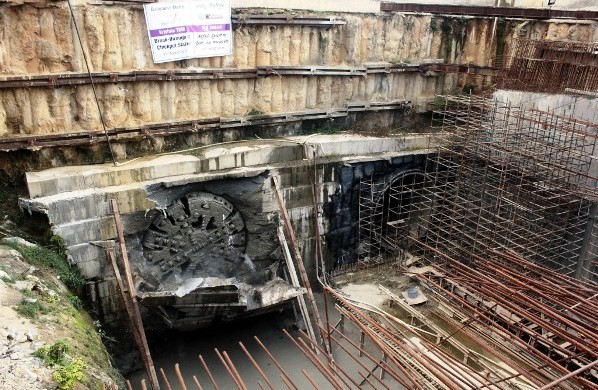 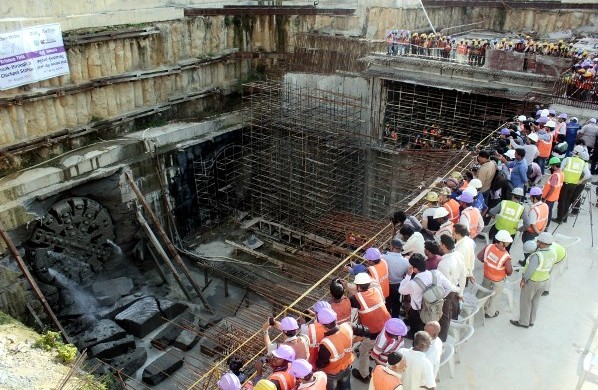 And then one by one, workers emerged from inside the TBM to celebrate their success. 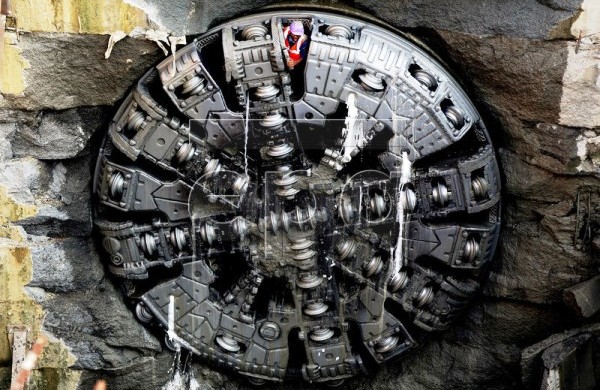 A worker emerges from inside – Photo Copyright: European Pressphoto Agency 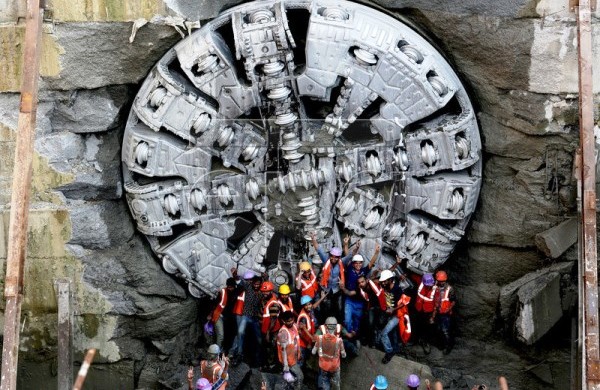 As per the BMRC’s November 2013 newsletter, the Krishna TBM started tunneling from KR (City) Market station in early November 2013. Along its 432 meter journey to Chickpet, it started to encounter both hard rock and extremely loose soil, so the team had to apply breaks on the TBM and continue cautiously tunneling at an extremely slow pace. Meanwhile, TBM Kaveri which started tunneling on the parallel tunnel a month earlier (October 2013) was able to make a breakthrough at Chickpet within 12 months on October 17 2014.

The Krishna TBM will now go through repairs for roughly 45 days during which parts of it will be dismantled for transportation to the other end of the station after which it will continue its northward journey to the Majestic station for one final drive, covering a distance of roughly 747 meters. Tunneling on that section is expected to start in mid October and end in February 2016.

For more updates on Bangalore’s Metro project, check out the Bangalore section of the TMRG!