One of my fears related to the Delhi Metro was recently dispelled! When the 38.24 km Magenta line from Janakpuri (west) to Botanical Garden line was announced some years back, I immediately looked at the route map (a version of it is shown below) and lost hope for the line’s future extension to serve other parts of Noida. My assumption (and subsequent concern) was that the Magenta line would be designed to meet the existing Blue line’s station perpendicularly, similar to how the Green line meets the Red line at Inderlok station (see: Inderlok station on Google Maps), thus ending the possibility of extending the line in the future. 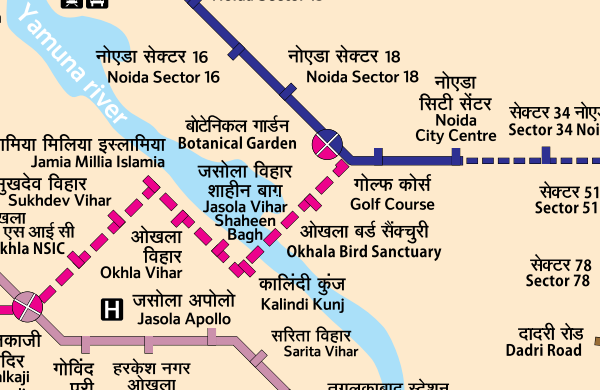 However, seeing Google Earth’s recent imagery, one can now see that the DMRC wisely gave thought to the future and designed the new Magenta line’s station parallel to the existing Blue line’s station! 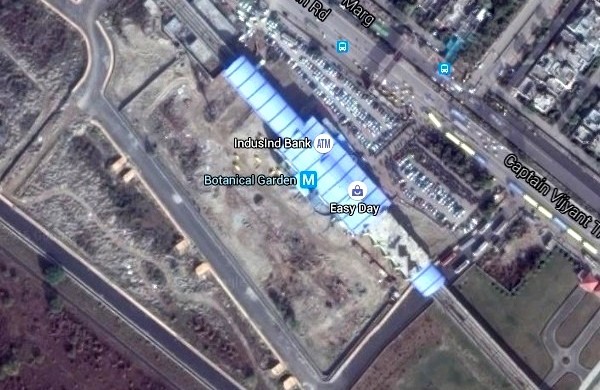 The following image, which I had tweeted with much happiness in July, shows barricades placed along the route leading to the station: 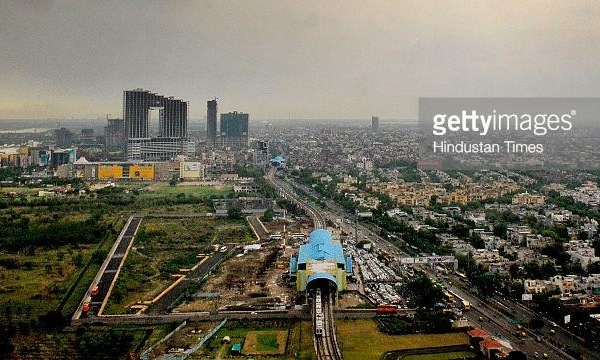 @Desidude80, one of my twitter followers, today tweeted to me the following image of construction taking place on the Magenta line’s new station which prompted me to put a post on this topic together. 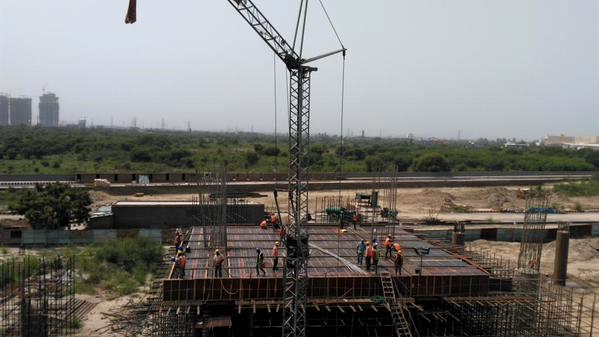 With the alignment of this station squared away, that leaves the line’s future open to many possibilities! With ample space for a ramp, the line can possibly go underground along Captain Thapar Marg and then pass under the Blue line while choosing one of the following three routes to make inroads into Noida:

From either of those 3 routes, the line can further be extended onto NH-24 towards Ghaziabad or perhaps into IP extension to meet the Pink line. The possibilities are quite endless, but it all depends on what the Noida Authority wants. Their hands are currently tied with the Noida-Gr. Noida line (see construction updates), so any deliberation on the possible extension of the Magenta line is at least 3 years away.