After a little nudge from E. Sreedharan and DMRC announcing the closure of their offices last month in Kozhikode & Trivandrum due to inactivity, the Kerala government has finally announced official administrative sanction for the mass rapid transport projects in the two cities. They had previously approved the Detailed Project Reports in July (See: Kerala Govt. Approves DPR for Light Metro in Trivandrum & Kozhikode), but had put the official sanction on hold. 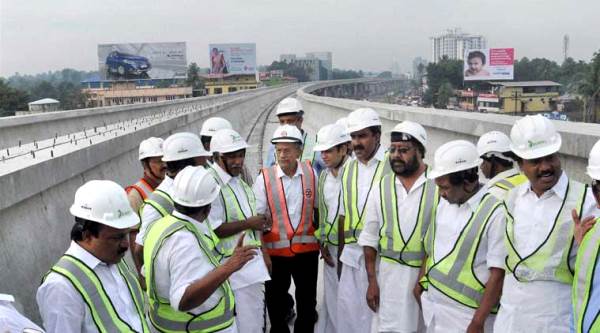 Kerala’s Chief Minister, Oommen Chandy, also announced that the Delhi Metro Rail Corp will handle the projects. The state government will now send a modified letter to the Centre seeking an in-principle nod for them while mentioning the role played by the Delhi Metro Rail Corporation in implementing the project. The previous letter did not mention this which prompted the DMRC to consider packing up their bags. Once an in-principle approval is received from the Central government, the Kerala government will start taking the necessary steps towards implementing the project similar to how the Kochi Metro was kickstarted.

One Response to "Kerala Govt. Gives Official Sanction for Metro in Thiruvananthapuram and Kozhikode"