The deliberations over constructing an elevated versus underground metro system in Pune have finally led to the Central government choosing the elevated option due to obvious cost & capital related issues. The decision was taken at a meeting of Union ministers with elective representatives from Pune on September 9 (Wednesday).

This however does not mean that the entire system will be elevated! The report presented by Girish Bapat (Guardian Minister for Pune district) with suggestions from the Delhi Metro Rail Corporation recommends a primarily elevated line system with the metro going underground at congested areas. The suggestions will be incorporated in the new draft of the metro project and its details will be announced soon.

As a recap, 2 lines have been proposed for Pune: 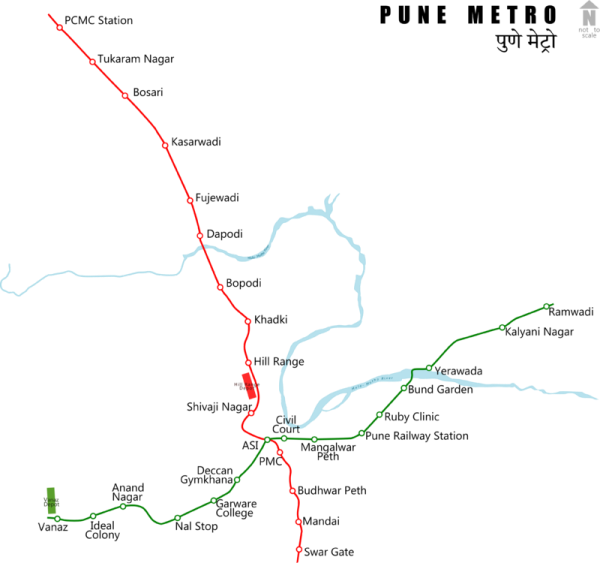 An elevated metro project for Pune has been in the pipeline for about a decade, but got blocked by city NGOs and civic activists who have been campaigning for an underground metro system to preserve the city’s character and cityscape. With yesterday’s decision made, the Pune metro project is finally taking off, unless activists restart their campaign and hold protests. Looking at the traffic congestion in the city, hopefully better sense will prevail.

For more updates on Pune’s Metro project, check out the Home Page of The Metro Rail Guy!