Jee Yong Song, a photographer on Flickr, recently came across a Delhi Metro train meant to run on the new 58.6 km Pink line being shunted through Line 1 of Seoul, South Korea’s Uiwang metro station. FYI – Uiwang is just one of the many satellite cities that make a ring around Seoul to form the Seoul National Capital Area. 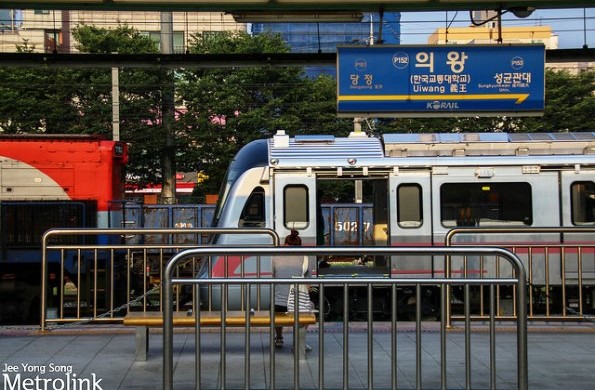 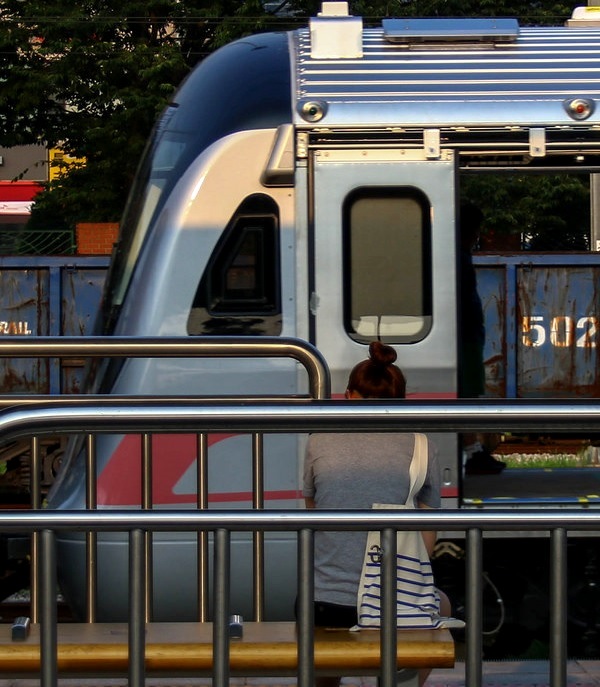 This train is part of 81 train-set (486 coach) order that the Delhi Metro Rail Corp had placed with Hyundai Rotem in 2013 to run on its new Pink and Magenta lines. While 20 sets of trains will be manufactured & delivered from South Korea, the rest 61 will be manufactured locally at BEML’s plant in Bangalore.

These trains have already started arriving in Delhi via the Mundra port: 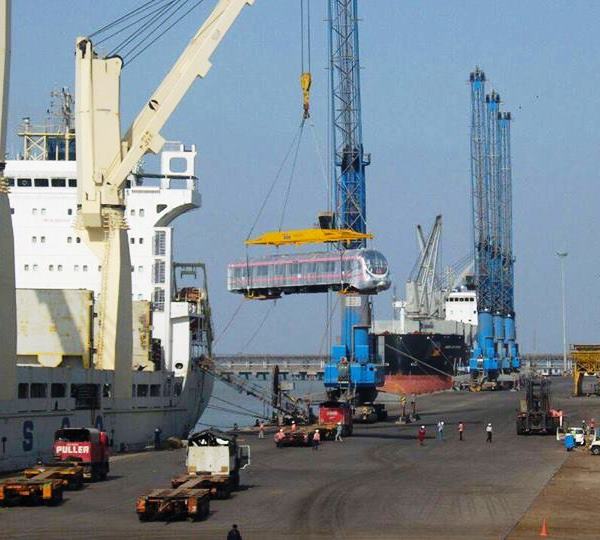 For more updates on Delhi’s Metro, check out the Delhi section of The Metro Rail Guy!