According to a new report in the TOI, Larsen & Toubro (L&T) has announced that if the state government doesn’t soon decide its realignment proposals, then the project will not be completed by 4 July 2017 which is the official deadline indicated in the concessionaire agreement. L&T is currently awaiting the right of way (Row) at many locations around the city (Eg. Ameerpet, Sultan Bazaar) and that has slowed down work considerably.

L&T brought up a list of issues at their weekly coordination meetings with various government departments, but so far no decisions have been made. The Hyderabad metro project has already missed two internal deadlines to start operations on the Nagole-Mettuguda stretch by March 21 and the Miyapur -SR Nagar stretch by August 15 of this year. As per L&T, even if the government approves the proposals, the delay will result in a year’s worth of lost time and with the way things are currently going, it could result in further delays. 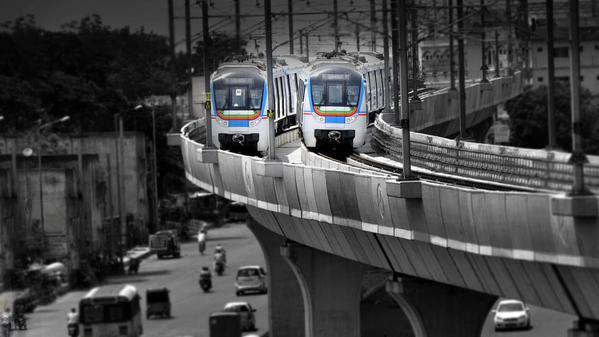 The construction work at Sultan Bazaar and near the Assembly building has been stopped for more than a year due to the government’s objections over the lines’ alignment. L&T submitted their alignment proposals in May but are yet to get approvals. The company is also a little worried over the rising project cost and each day of delay is adding Rs 5 crore to the project’s cost. The initial cost of the project was estimated at Rs 14,370, but with the way things are going, the final cost could easily cross Rs 25,000 crores.

Besides the delay in getting approvals, construction is also slated to to be temporarily halted at M.J. Market, Khairatabad and Punjagutta to facilitate the immersion procession of Ganesh’s idols later this month, but that of course will not lead to any major or minor delays. Here’s hoping the Ganesh Chaturthi celebrations and subsequent immersion bring some good news!

For more updates on Hyderabad’s metro, check out the Hyderabad section of The Metro Rail Guy!