Thanks to Rajendra B. Aklekar, my twitter follower who’s most popularly known as the author of ‘Halt Station India’ for sharing this news with me!

On Wednesday, the Mumbai International Airport Pvt. Ltd. (MIAL) signed a MoU with the Mumbai Metro Rail Corporation (MMRC) to contribute Rs 777 crore to assist with constructing 3 stations at the Mumbai Airport’s premises as part of Line 3 from Colaba to SEEPZ. These stations include: CSIA Domestic, Sahar Road and CSIA International.

These stations are part of the contract package MM3-CBS-UGC-06 from Chainage: 23900m to Chainage: 28388m which will be developed by a single construction contractor. Here are the locations of these stations on a map I’ve made: 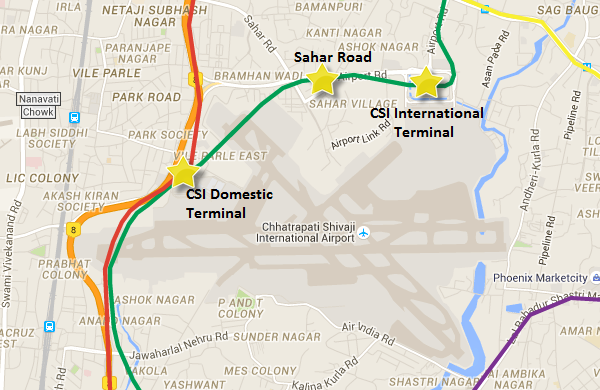 Location of 3 stations in Airport premises

Note: The red line shows the proposed Dahisar (E) – Andheri (E) – Bandra (E) line which is proposed to be built on the Western Express Highway and will connect with Line 3 at the Domestic terminal (See: MMRDA to Submit Dahisar-DN Nagar & Dahisar(E)-Andheri (E) Metro Lines for Approval)

The station at the CSI Airport’s Terminal 2 will be built in the vacant space right in front of the terminal which has been earmarked for commercial and hotel development as part of the 200 acre GVK Skycity project:

Here are some preliminary designs of the station’s building: 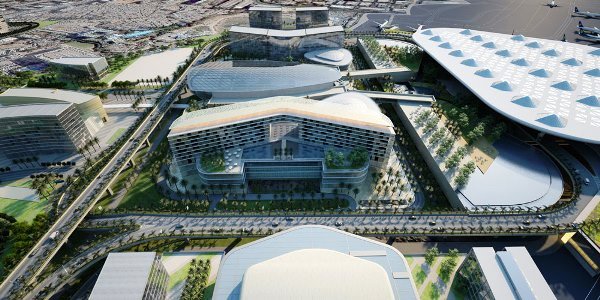 View of the station building (in the middle) of commercial/hotel buildings. T2 is on the right – Design Copyright: MIAL

Construction contracts for the 33.50 km Line-3 are expected to be handed out any time now, so do keep a tab on the Mumbai section of The Metro Rail Guy!