Although a little late, the entrances to Bangalore’s Vidhana Soudha station on the Purple line are coming along quite nicely! Like other stations, it will contain a total of 4 entries/exits with 2 each coming up on either side of Dr. B.R. Ambedkar Road, the main thoroughfare in the area that cuts right between the Vidhana Soudha and the High Court of Karnataka.

The station entrances have been modeled on the Vidhana Soudha’s neo-Dravidian style of architecture. As you will notice, not only do these entrances contain pillars resembling the richly carved pillars of the Vidhana Soudha, but the domical finials (elements which mark the top of the building) also bear resemblance which allows the entrances to blend right into its surroundings.

Here are some images taken over the past week: 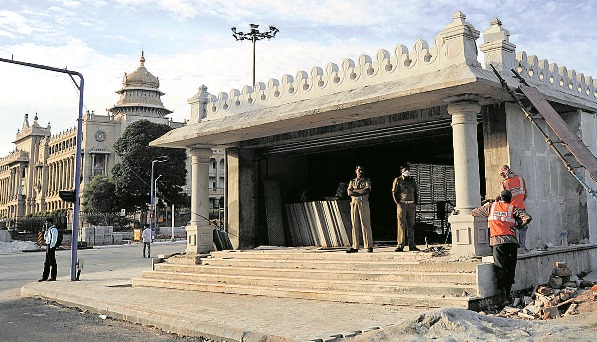 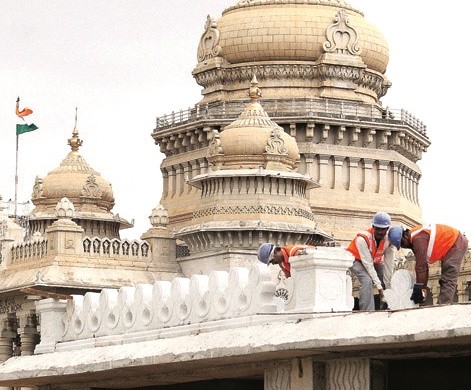 As a reminder, trials through this station on the Cubbon Park to Magadi Road section of the Purple line are expected to begin within the next 2 months.