A couple days ago, I had jubilantly announced  an impending TBM breakthrough due to the the arrival of a 500 tonne crane at the Delhi Gate site – See: TBM Breakthrough at Delhi Gate For Delhi Metro’s Violet Line Expected Soon

Well, I was wrong. Instead of a TBM from Jama Masjid making a breakthrough here, according to new & accurate information now available, Larsen & Toubro (L&T) & the Shanghai Urban Construction (SUCG) are in fact launching a TBM from here towards the Golcha shaft to complete the rest of the tunnel.

To give you a little background, the 3rd TBM utilized for the CC05 contract called “STEC 3” was initially launched by L&T-SUCG from Jama Masjid station towards the Delhi Gate station on 15th July 2013 to tunnel the northbound “Up line” of the twin tunnels. This TBM at 96 meters was announced to be the longest TBM used in the Delhi Metro’s history when it began tunneling. During its tunneling drive of roughly 1400 meters, it encountered some issues right in front of Golcha cinema due to which a new shaft had to be constructed so that the TBM could be retrieved and put through repairs. In late July, the TBM was retrieved at the Golcha shaft and after 2 months of repairs, L&T-SUCG has now redeployed it at Delhi Gate to tunnel upwards towards Golcha to complete the rest of the tunnel. 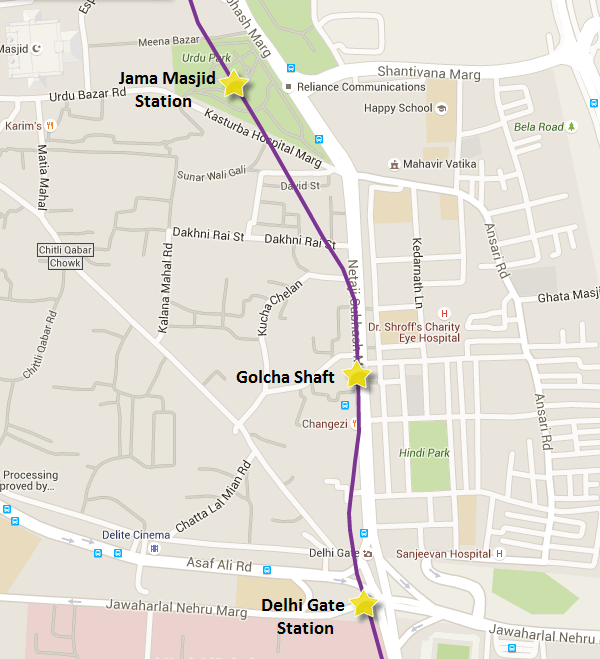 At the time of this TBM’s first launch from Jama Masjid in July 2013, SUCG had announced how difficult & delicate this section of the line is:

The third section of DMRC CC05 Project from Jama Masjid to Delhi Gate is the most difficult one of operation and construction, which has fixed face ground of geological formations and complex surrounding environment. In order to improve construction efficiency, ensure construction safety and reduce project cost, CC05 project team is facing many challenges.

It is understood that the TBM III is especially designed by SUCG depends on characteristics of the third section and will be fully overcome the complex geological conditions. During the construction period, CC05 team will control the maximum ground sedimentation less than 3 mm, which is required by headquarter’s high standard.

And now for some images: 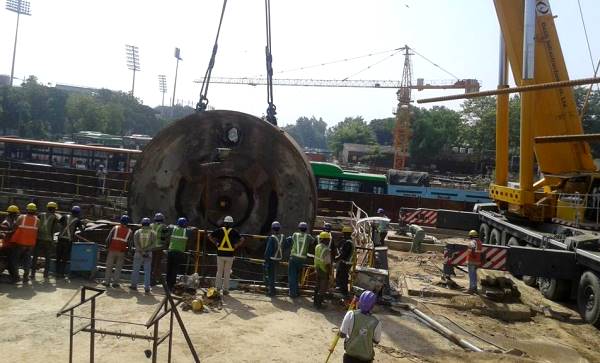 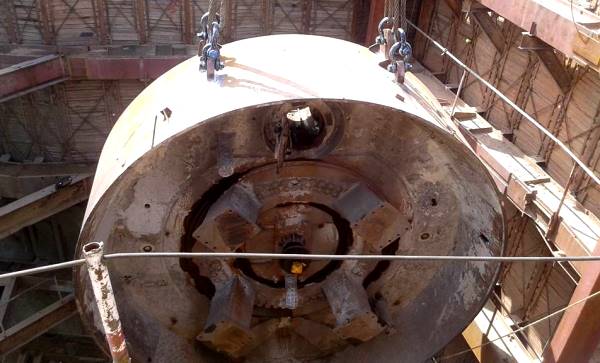 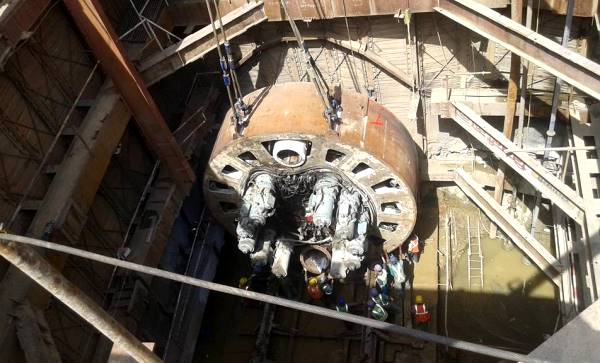 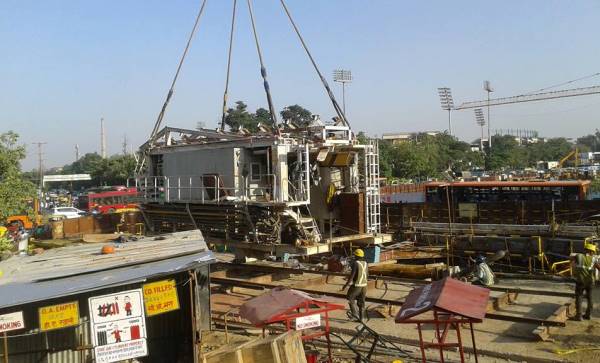 With this new development, the Violet line’s extension further north from ITO station is at least 12 months away.

For the more updates on the Delhi Metro, check out the Delhi section of The Metro Rail Guy!