In yet another low key event, a Delhi Metro TBM today made a breakthrough on the down line tunnel at Naraina Vihar station on the Pink line in southwest Delhi. This station and its associated 1103 twin tunnels are part of the 2.2 km CC-20 contract from Mayapuri to Delhi Cantonment which is being executed by a JV of J Kumar-CRTG.

The TBM, manufactured by Terratec, was launched on February 2 this year from a shaft constructed in front of the Kendriya Vidyalaya in Naraina from where the TBM made its roughly 800 m long journey at a depth of 14.3m below the ground level. 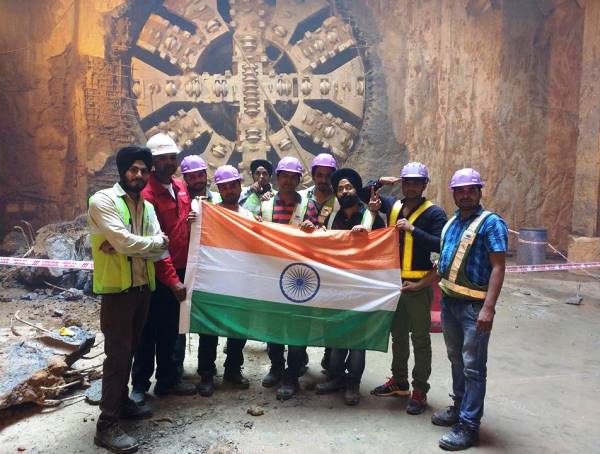