The Delhi Metro’s contractor, Hindustan Construction Company (HCC), has over the past week lowered components of a Tunnel Boring Machine (TBM) into a shaft to construct the Blue line’s 4.3 km extension into the town of Najafgarh!

This extension of the Blue line will be partly elevated and partly underground. The 2.75 km elevated section includes a new station at Dwarka (to form an interchange with the existing station) and another station at Nangli. The 1.54 km underground component forms a part of contract CC66 for which HCC is constructing a 595 meter ramp and tunneling the rest 945 meters using a single TBM (see pic below). 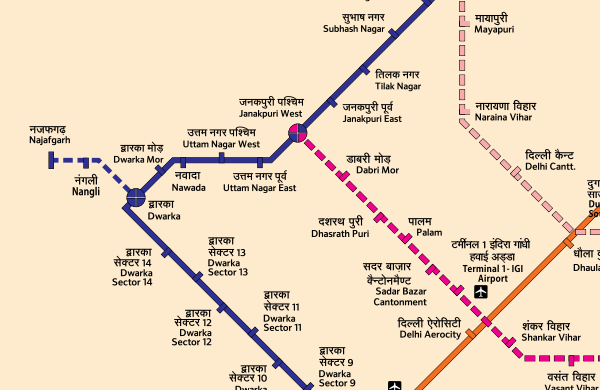 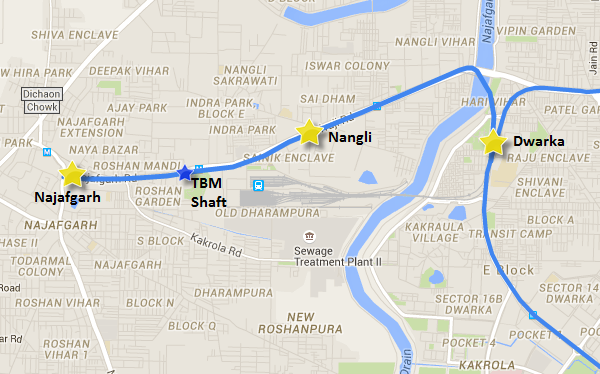 Actual alignment of the line with stations and TBM shaft site

Google Earth hasn’t recently updated their satellite image for Najafgarh, but here’s a view of excavation underway for the TBM shaft located across the road from the Sai Baba Mandir: 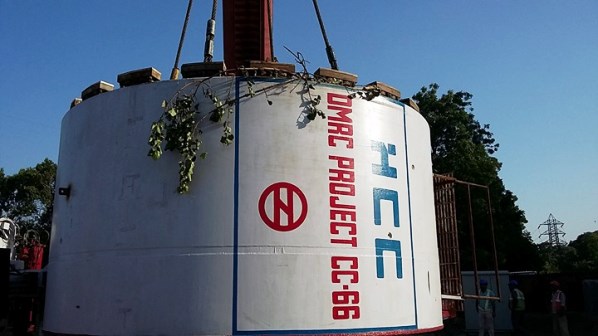 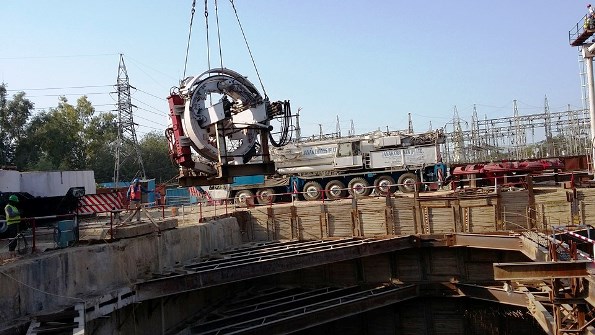 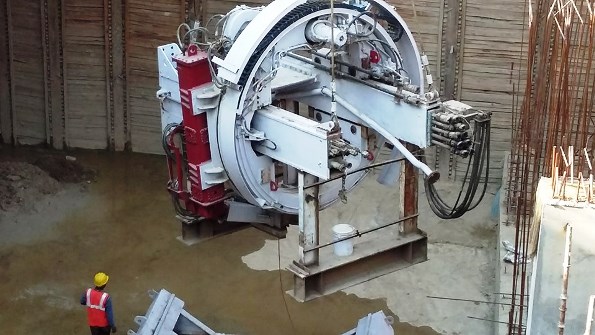 The TBM is expected to start tunneling towards the Najafgarh station (commonly referred to as the MCD/Municipal Corporation station) in December. Since a single TBM is being used by the contractor, once it makes its way to the Najafgarh station, it will be retrieved and re-launched to bore the other tunnel back to the TBM’s shaft.

For more updates on the Delhi Metro’s Phase III, check out the Delhi section of The Metro Rail Guy!