Chennai Metro Rail Ltd. released their October 2015 newsletter yesterday and besides going over the progress of various portals, beams, diaphragm walls and other assorted metrics to gauge the progress of the project, it also includes some fresh images of the underground section between the Officers Training Academy (OTA) and Meenambakkam in the vicinity of the airport. Since this section lies in the path of the secondary runway’s (12/30) air funnel, this roughly 600 meter section is being built as a trench using the cut and cover method.

Note: Once the work is complete and Google updates its imagery, the above view will be gone!

Here’s a map I’ve made which shows the location of the cut & cover section: 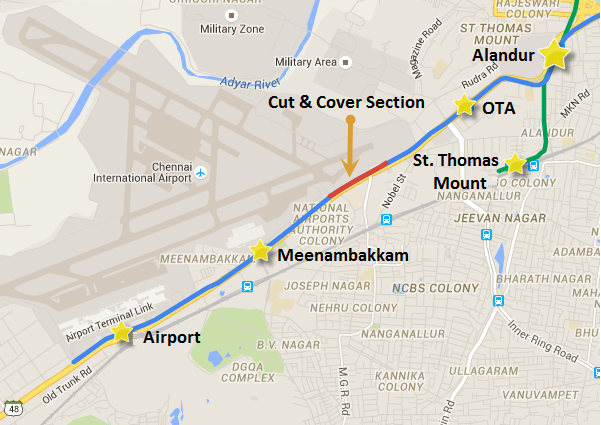 The cut & cover section is shown in red here 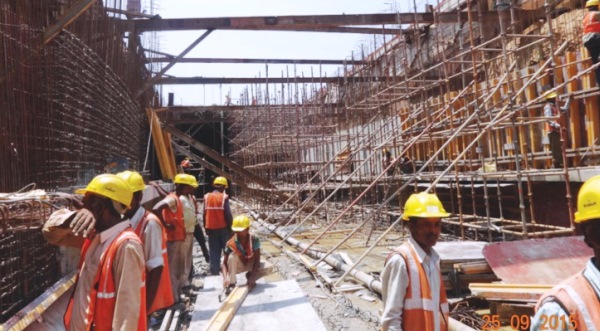 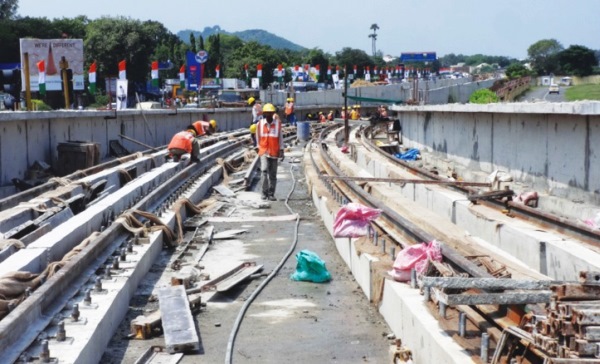 More images of different stations such as the St. Thomas Mount and OTA stations can be found in the newsletter, so do check it out if you’re interested.

As a reminder, this section was originally awarded to Lanco Infratech on August 10 2011, but due to tardy progress, the CMRL cancelled the contract and re-awarded the balance work to ITD Cementation in the end of 2013.