With the Mumbai Metro Rail Corp recently (and finally) opening the financial bids submitted by infrastructure companies to build Mumbai’s Line 3 from Colaba to SEEPZ on October 5, it was instantly known which companies emerged as the lowest bidder for the seven contracts. In case you missed the news, here’s the list again:

Now as per a photo of an excel spreadsheet that I managed to obtain, here’s a table of all the financial bid amounts submitted by different consortia for each contract. The lowest bid has been highlighted in pink: 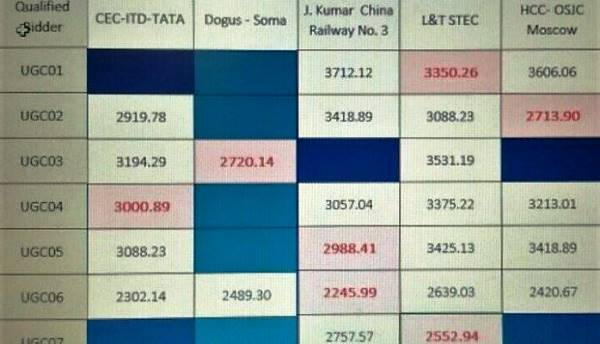 With the lowest bidders now determined, it’s only a matter of days before the contracts are handed out. With that, I expect preliminary site barricading work to begin in January 2016.