Work on Chennai Metro’s Thirumangalam station is rapidly progressing towards completion! This station is a part of contract UAA05 which includes 3.1 kms twin tunnels from here to Shenoy Nagar which is being executed by a joint-venture of Afcons Infrastructure and Russia’s Transtonnelstroy who won the contract in Feb 2011.

As you can see below, the station is being built just north of the operational Koyambedu station and as such is the first underground station on this metro line from Central station to St. Thomas Mount. 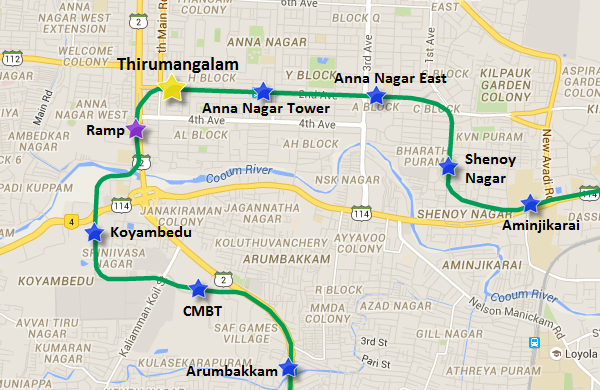 Here are some snaps shot on this Monday (October 5): 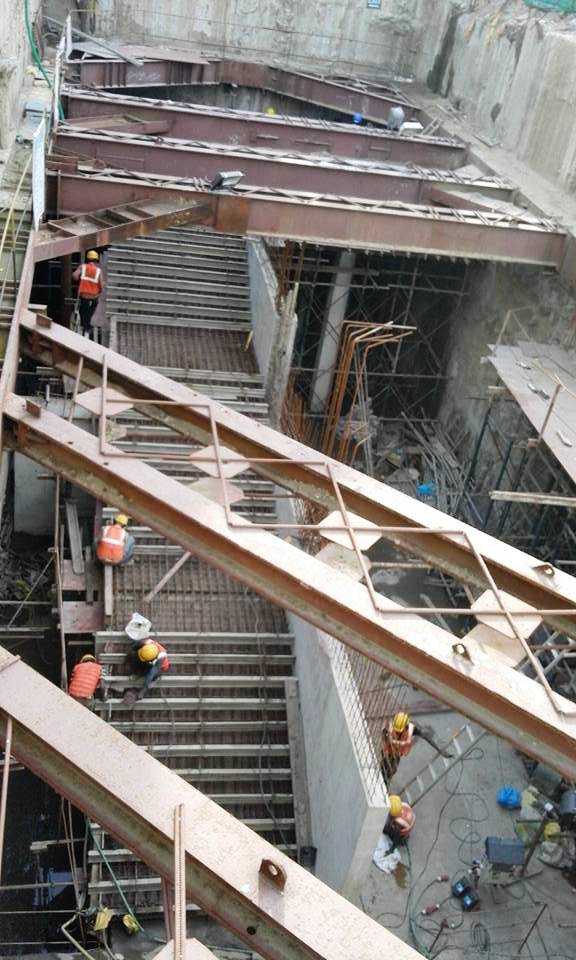 Looking down at the platform level – Photo Copyright: Prabhash Don 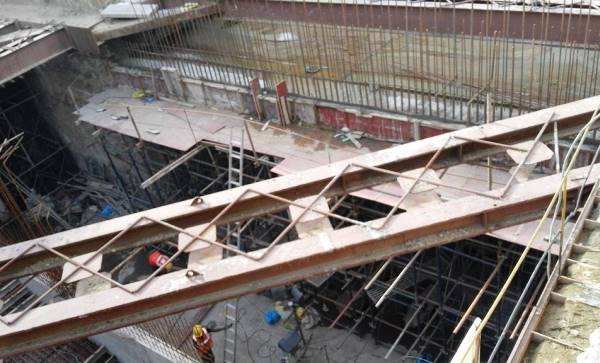 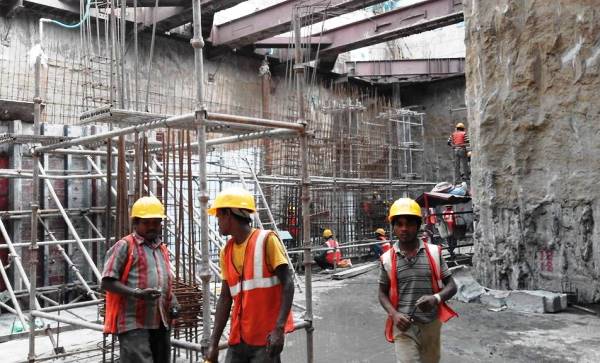 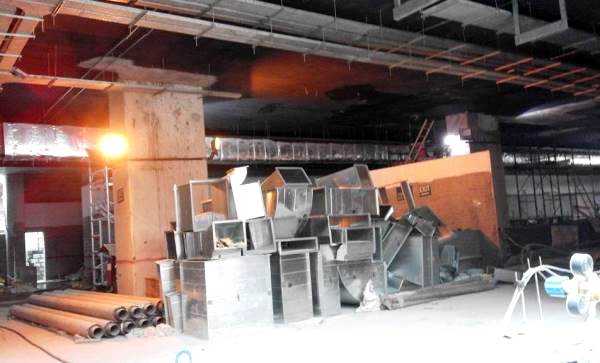 AC ducts waiting to be installed. Look closely and you’ll see some installed in the back -Photo Copyright: Prabhash Don