On this Sunday at an event organized at the MMRDA grounds in the Bandra Kurla Complex, Narendra Modi laid the foundation stone for two new metro lines in the city connecting Dahisar – DN Nagar & Dahisar East– Andheri East! 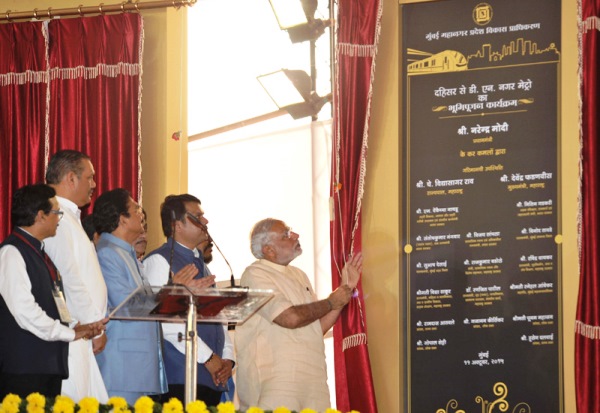 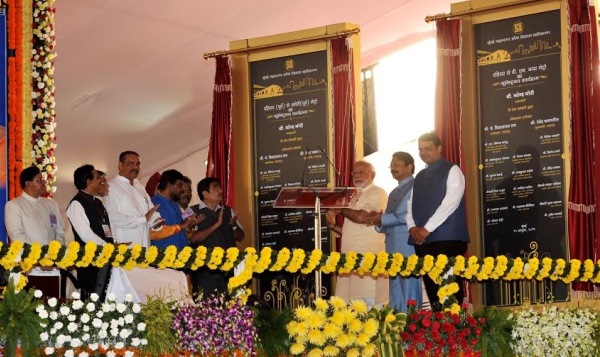 The event was earlier scheduled for October 4, but due to the PM’s unavailability, his office had to decline which prompted the MMRDA to push the event to October 11.

To recap, here are the details of the 2 lines:

A list of all the stations on both the lines can be found here and on the map below. 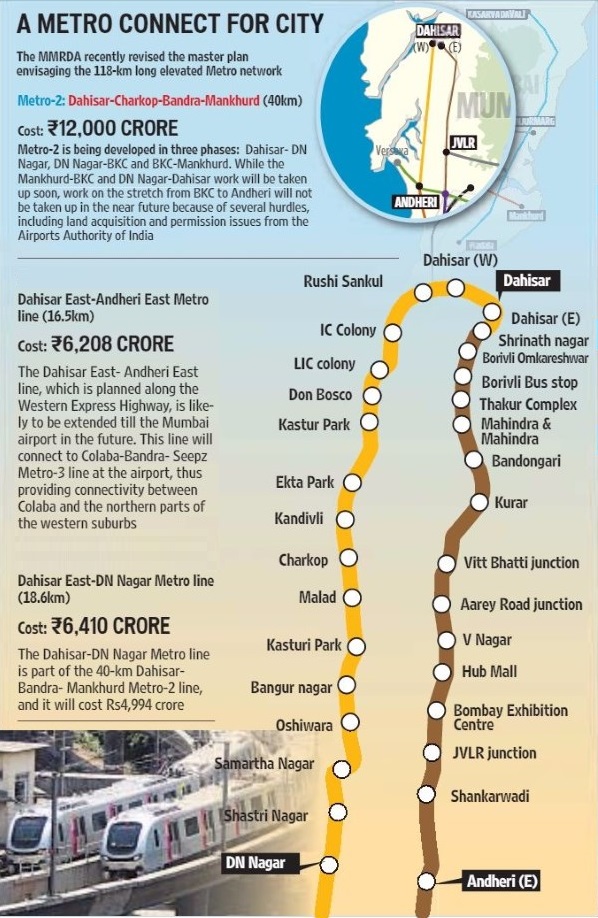 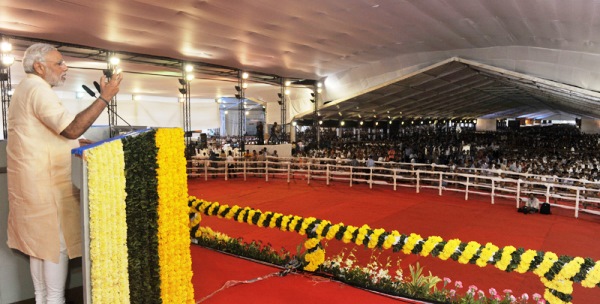 Speaking to a packed audience, Narendra Modi’s entire speech can be viewed here:

If Mumbai has to become a smart city and international financial hub, its public transport should be smart.  Today nearly one crore population of Mumbai is using the public transport. In the last 10 years, due to the lack of transport facilities, use of private vehicles increased by 10 percent, so the congestion increased….Our government intends to create a strong network of public transport.

As a reminder, the official deadline of both the lines is March 2019. Despite land acquisition for both the depots still pending, officials are optimistic that the line will not face any hurdles since the Dahisar (E) – Andheri (E) line will be built on the broad Western Express Highway and the Dahisar – DN Nagar line will be built on Link road which is another major artery of the western suburbs. Besides land acquisition, the foreign loan component is also yet to be tied up. From one of my earlier posts, the Asian Development Bank is currently in advanced talks to provide assistance.