So back in April 2012 when the the Bhoomi Puja for the Hyderabad Metro system was performed, a number of design renderings were floating around on the internet suggesting what the city’s metro stations will look like. I didn’t pay close attention to them since external/façade designs are known to change multiple times due to different constraints over the course of a project. I did however pay close attention and was interested in knowing what the structural designs of the interchange stations such as Ameerpet, Parade Grounds and Mahatma Gandhi Bus Station (MGBS) will look like since constructing a multi-level or a wide structure within Hyderabad’s core would be quite a challenge.

Here’s a post that looks into the design of the Ameerpet’s station where the 26.51 km Nagole to Shilparamam and 29.87 km Miyapur to LB Nagar lines will meet.

Satellite imagery of where the station is being built:

Alignment of the lines meeting at the location of Ameerpet station

In 2012, the following rendering appeared on L&T IDPL’s website vaguely suggesting that the two lines will meet at the same level at the Ameerpet station. On a second look it also gives the appearance that the lines’ platforms will be on different levels. Pretty vague as far as I could tell. 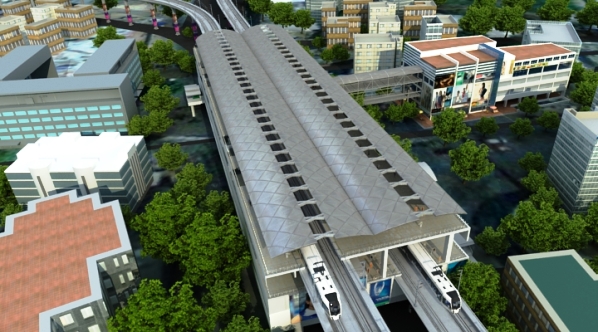 Then in 2013, London based Mott MacDonald announced that they had been appointed as the design consultants for six stations of the project:

Mott MacDonald has been appointed as detailed design engineer for six stations by Larsen and Toubro, the company which is implementing the Hyderabad metro development in the state of Andhra Pradesh, India.

Now, according to someone who previously worked with Mott MacDonald and has uploaded his design portfolio for everyone to see on LinkedIn’s SlideShare, the station’s platforms will clearly be on different levels: 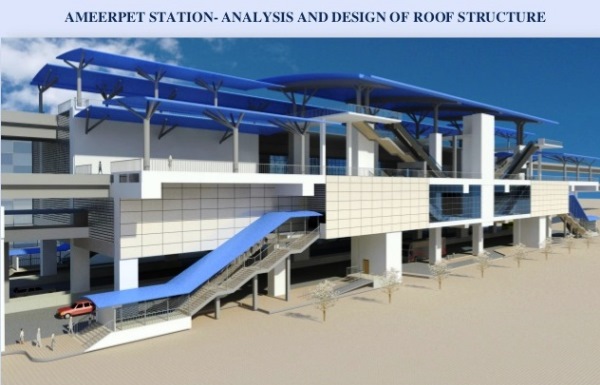 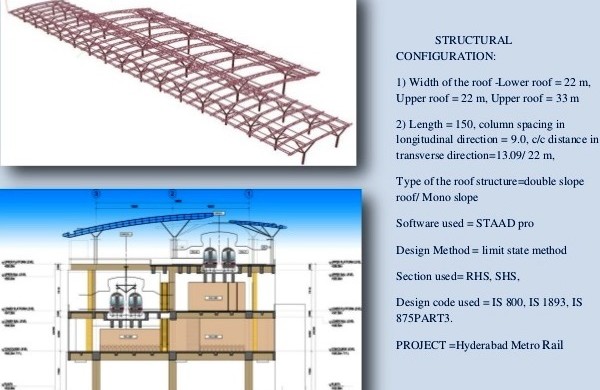 …so that solves the little mystery and doubt I had. By now you’re probably throwing up by looking at the station’s architectural design. I’d suggest that you stop 🙂 These graphics are to be seen from a purely structural design standpoint.

While the station is yet to make a significant mark on the cityscape, portals have been built leading to the station which will facilitate the lines’ separation into different levels as seen below: 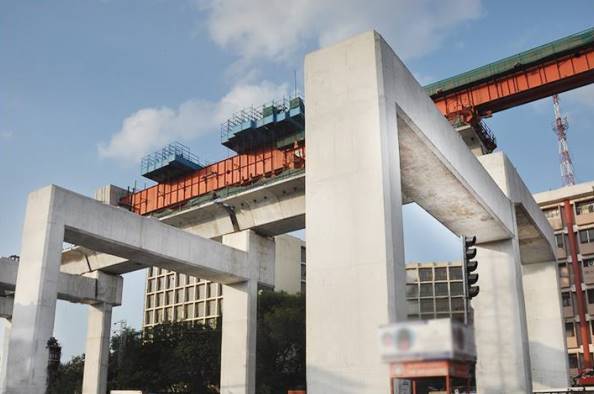 Similarly, here is the structural design of the MGBS station where the 29.87 km Miyapur – L B Nagar  and the 14.78 km JBS – Falaknuma lines will meet. As you can see, the platforms here will again be on different levels, but the station will be much wider. The width of the station’s roof will be 75 meters wide while the combined width of Ameerpet’s roofs will be 55m wide. Other little nuggets about the station can also be found below. 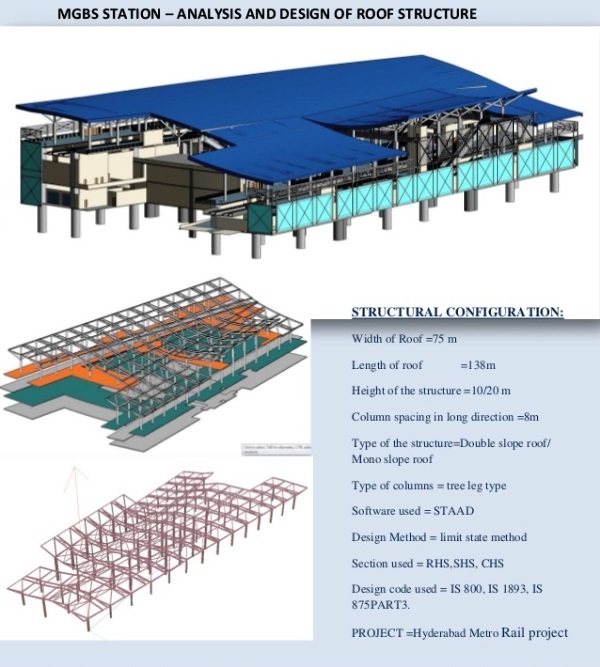