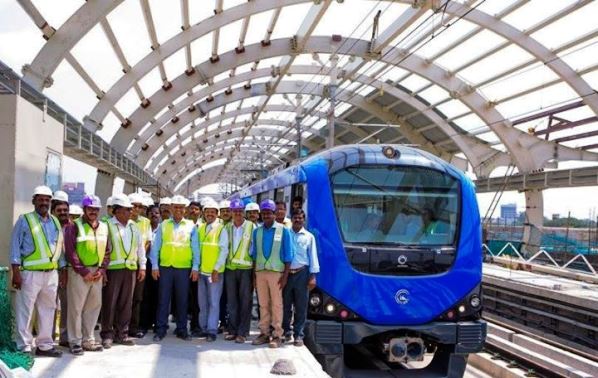 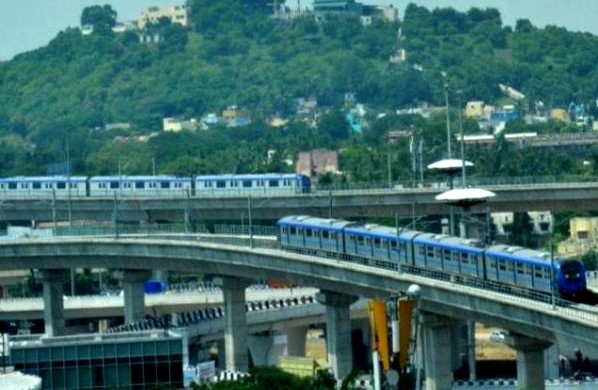 Zooming over the Kathipara Interchange (for vehicles) – Photo Copyright: The Hindu 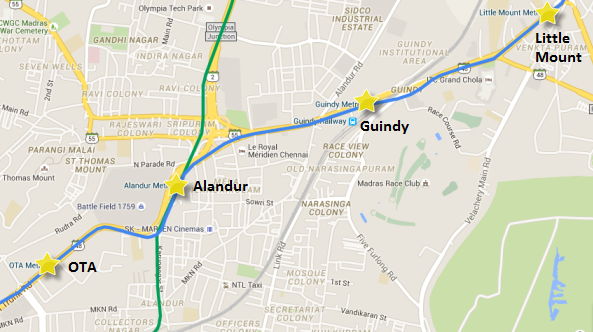 The test train entered the service loop (at Alandur) connecting corridor 2 to corridor 1 at 8:30 am and reached Little Mount Station of Corridor 1 at 9:15 am. The trails will be conducted for a few months and will test the signaling systems, electrical traction, oscillation of tracks and functioning of trains

First of all, what’s up with people writing “trails” and not “trials” all over the internet? It’s a not a genuine typo. Not only have I seen these in the comments section of news articles, but also in articles themselves and official FaceBook posts, like the one above.

With these trials underway, I expect trials between the Airport and OTA to start towards the end of December/January and the entire line from the Airport to Little Mount to be thrown open for commercial operations sometime around August 2016.