So I was recently asked about the status of the 4.49 km Samaypur Badli extension of Delhi’s yellow line and what happened of the Commissioner of Metro Rail Safety’s (CMRS) inspection scheduled for October 12-13. Well, it got cancelled due to the Commissioner being away for “Unavoidable work”. 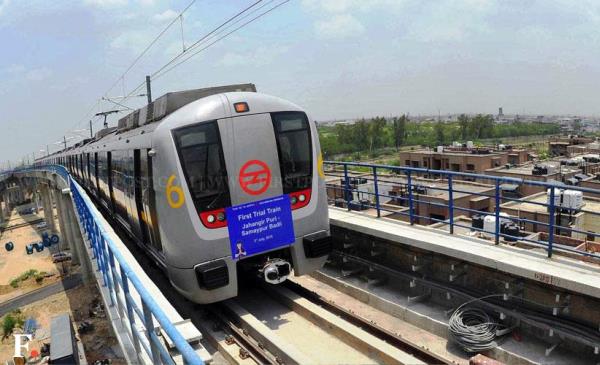 What’s bizarre is that The Hindu published conflicting news reports on the inspection.

On October 12, it hurriedly published: Metro’s Badli line being inspected

The two-day safety inspection of the 4.49 km-long extension of the Delhi Metro’s Yellow line from Jahangirpuri to Samaypur Badli began on Monday.

According to sources, the first day of the audit conducted by the Commissioner for Metro Rail Safety (CMRS) went well, with stations and the operations part of the line being inspected. The extension includes three new stations: Haiderpur, Rohini Sector 18 and Samaypur Badli.

..and then on October 14, it published: Opening of Delhi Metro yellow line extension may be delayed

The two-day safety inspection of the line to be conducted by the Commissioner for Metro Rail Safety (CMRS) has been cancelled. According to the Delhi Metro Rail Corporation (DMRC) officials, fresh schedule for the mandatory audit is yet to be finalised. When asked about the cancellation, the Delhi Metro officials added: “We are not aware of the reason. We just got the information from the CMRS’s Office that the inspection has been cancelled. The Commissioner had some unavoidable work.”

The Navbharat Times confirms the cancellation.

So overall, not only has the Commissioner reneged his commitment to the DMRC and caused an unnecessary delay in extending the line’s services, but The Hindu came up with a factually incorrect news report on October 12. Did the author have an Outlook reminder setup to write up that filler article and have it published without any fact checking? What a farce.

The CMRS has not indicated a new inspection date, but whenever it gets announced, I’ll make sure to write about it.