Noida City Centre – the Delhi Metro Blue line’s eastern terminal station has now been renamed to Wave City Center Noida. This change is part of the 9 stations which the Delhi Metro Rail Corporation had announced last year will be up for branding in order to generate some extra revenue. 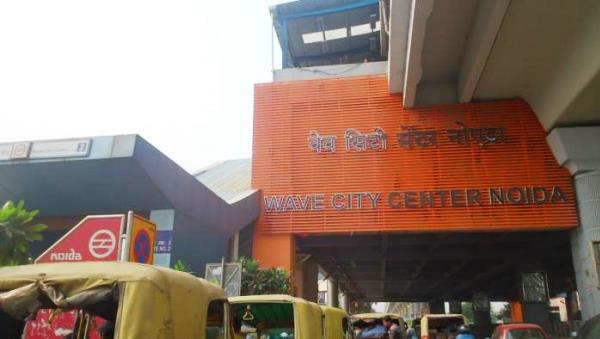 The change of name reflects the real estate company Wave Infratech’s name who in April had won the bid for renaming this station and the Noida Sector 18 station. The contract includes marketing rights for the next 10 years and 500 sq m of advertisement space within the station. The Wave City Center project is a cool mixed-use project (see website) coming up on 152 acres of land in Sectors 32 and 25A, so this name change is quite apt!

The other 8 stations up for renaming/branding are all located outside of Delhi and include Vaishali, Golf Course, Botancial Garden, Noida Sector 18, MG Road, HUDA City Centre, IFFCO Chowk and Guru Dronacharya stations.

In December 2014, the Noida Metro Rail Corporation had announced that they will similarly auction the station naming rights along the 29.07 km Noida – Greater Noida metro line prior to it opening in late 2017. For regular updates on that line, please see this page.