Earlier this month, I had posted images of two TBMs getting ready at Egmore, and now one of those two has started tunneling! The Chennai Metro’s contractor for contract UAA-01, the Afcons-Transtonnelstroy JV, yesterday kickstarted work on the westbound tunnel from Egmore to Central station on the Central to St. Thomas Mount line. This section is part of the 5.5 km UAA-01 contract between Washermenpet and Egmore stations. 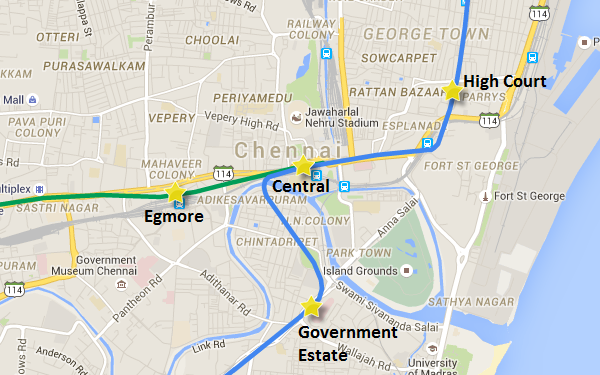 Shot earlier this month, the TBM which started tunneling can be seen in the background here: 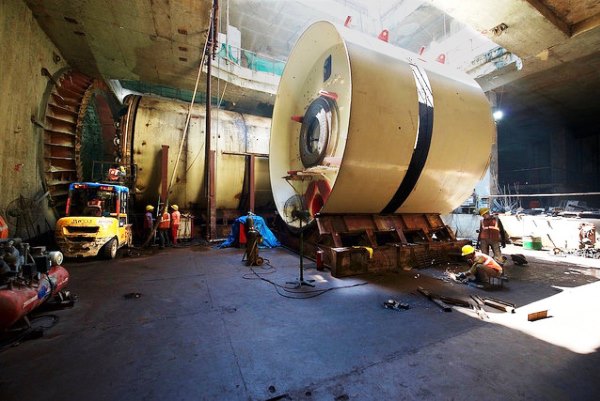 TBM shields waiting to get assembled to other components – Photo Copyright: Jurgen Mick 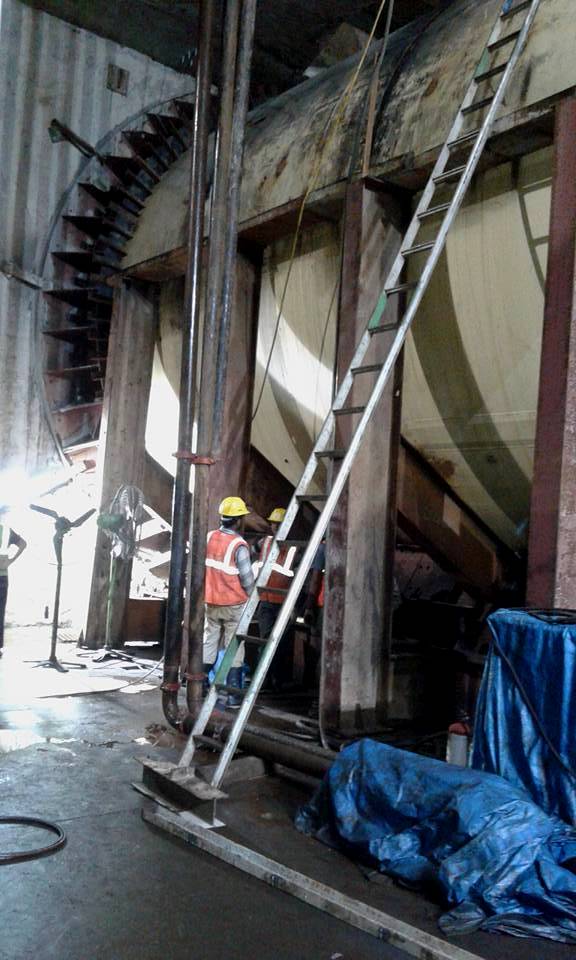 The distance between Egmore station to Central station is roughly 1.1 km and the contractor expects to make a breakthrough by May 2016. By the middle of December, the other TBM should also start its initial tunneling drive.