In my previous post announcing the impending bidding process, I had included some maps which I’ve reproduced below: 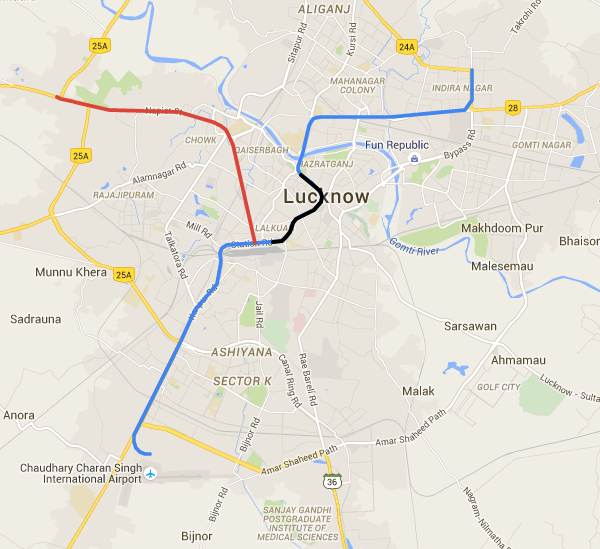 The underground section will consist of 3 stations at Hussainganj, State Secretariat and Hazratganj  as shown below: 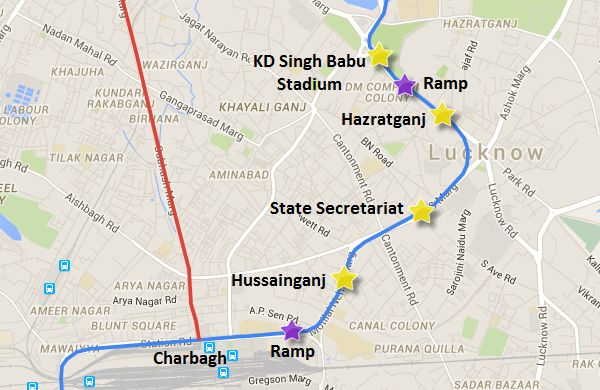 Map with location of underground stations on Lucknow’s Metro

In less 3 months from now, we’ll have a winner! Once the Letter of Acceptance (LOA) is handed over, the civil contractor will then have 36 months to build the line. Followed by that, it would take at least another year for completing station work, track & ancillary systems installation, testing and safety inspection. So if all pieces fall into place without any delays, then the earliest this section will open for commercial operations would be in 2020.