As per a recent report, the Airports Authority of India had recently asked the Chennai Metro Rail Ltd to build a chequered canopy over the Alandur – OTA section of the Airport-Washermenpet line in addition to the existing canopy on the Alandur – St. Thomas Mount section of the Central to St. Thomas Mount line. Besides hiding the moving trains, this red-white chequered canopy will also help warn pilots while landing at the nearby airport, especially when visibility is low.

According to a CMRL official, work on the Alandur-OTA canopy has already begun. Apart from the warning lights that will flash in the night, the canopy is also said to minimize interference to the signals transmitted by the Instrument Landing System (ILS) that help guide planes to land. 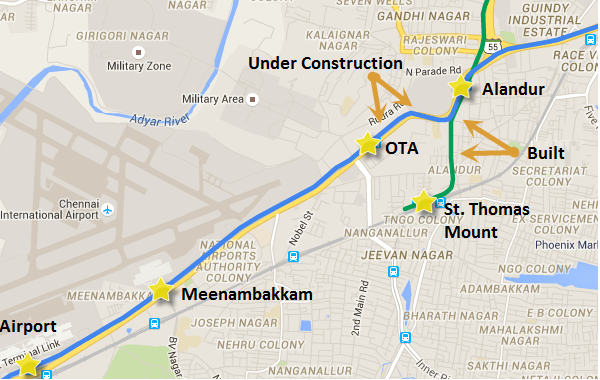 Moving objects can be distracting. The canopy will make the entire metro rail structure appear as a constant in the obstacle chart provided to pilots.Even otherwise, when an aircraft descends along the glide path below 350ft, the presence of any hurdles, whether buildings or moving traffic, on both ends of the main runway make it difficult for pilots to make a safe landing

Satellite imagery of the existing canopy at Alandur:

Between Alandur and St. Thomas Mount:

Some images of the existing canopy shot in June: 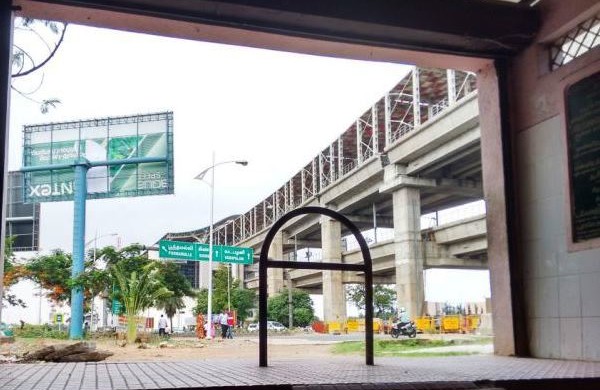 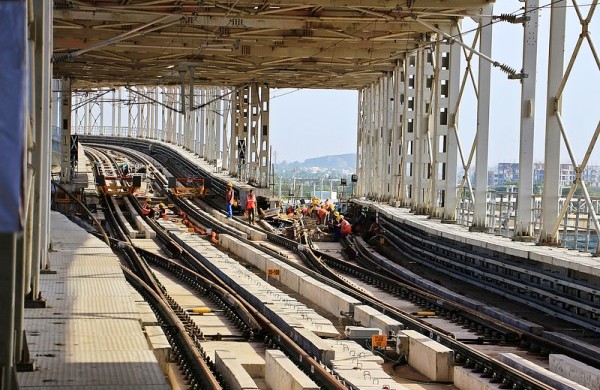 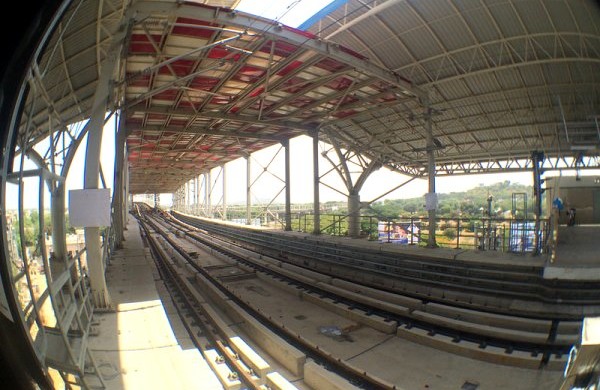 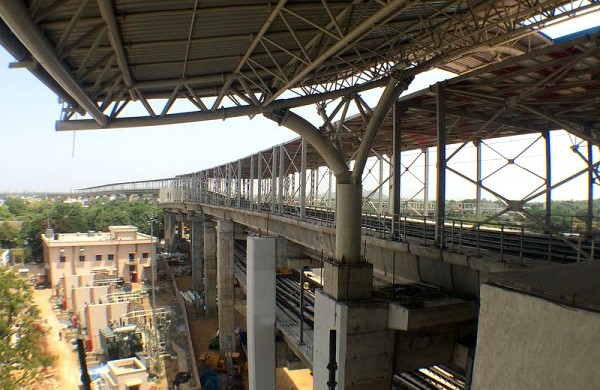 The canopy on the way to St. Thomas Mount is visible here – Photo Copyright: Srini091