As per a news report from last month, during a meeting with the Lucknow Metro Rail Corp, the Uttar Pradesh state’s Chief Secretary, Alok Ranjan, requested the LMRC to ensure that work on Kanpur’s metro project is kickstarted by early next year. That seems a little far fetched since not even the final DPR is yet ready.

In August, the Rail India Technical and Economic Service (RITES) had submitted a preliminary Detailed Project Report (DPR) for the Kanpur Metro project to the Kanpur Development Authority (KDA) and changes/recommendations are currently being sought for finalizing the alignment. Once the DPR is approved, it will go to the state government for its approval. After including the time taken to get the approval and conduct the tendering process to select a civil construction contractor, the earliest construction work can start (in my very humble opinion) would be in July.

The preliminary DPR recommends two routes to be developed: 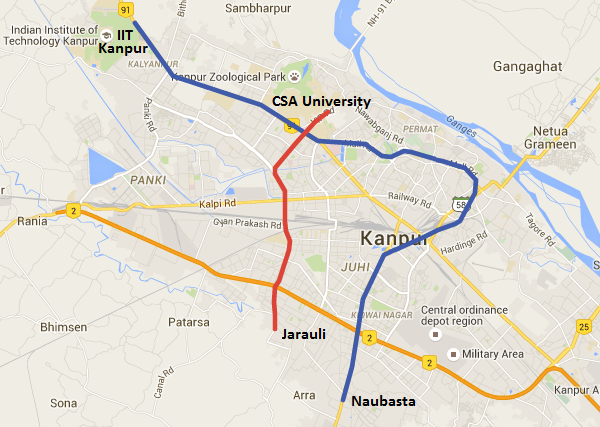 Line 1 is pegged to cost Rs 9,500 crores and a portion of it will be built underground in the core of the city.  The proposed route would begin from IIT and would pass through Kalyanpur, Rawatpur, Mall Road, Phoolbagh, Kanpur Central Station, Jhakarkati Bus Terminal, Transport Nagar, Bara Devi, Kidwai Nagar to reach Naubasta. This line will have 28 trains each consisting of 4 coaches.

Here are some images shot in October which shows geotechnical (soil) investigation in progress at different locations by Techpro Engineers: 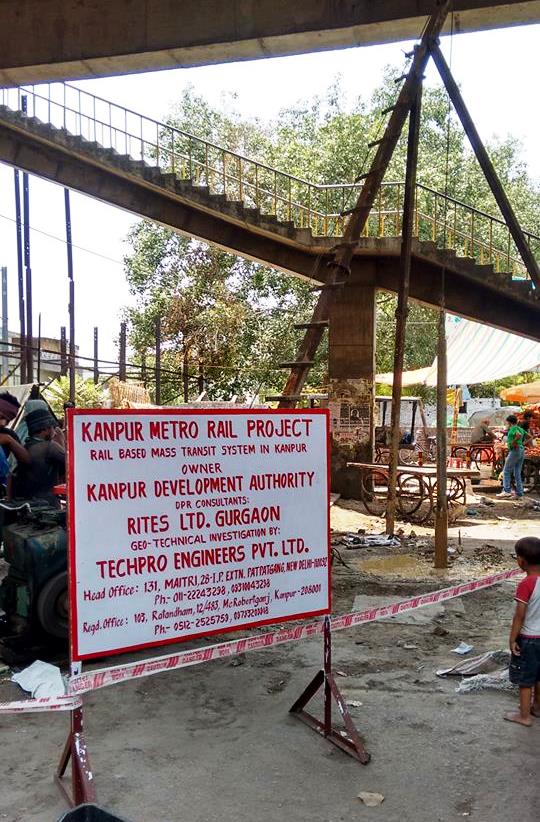 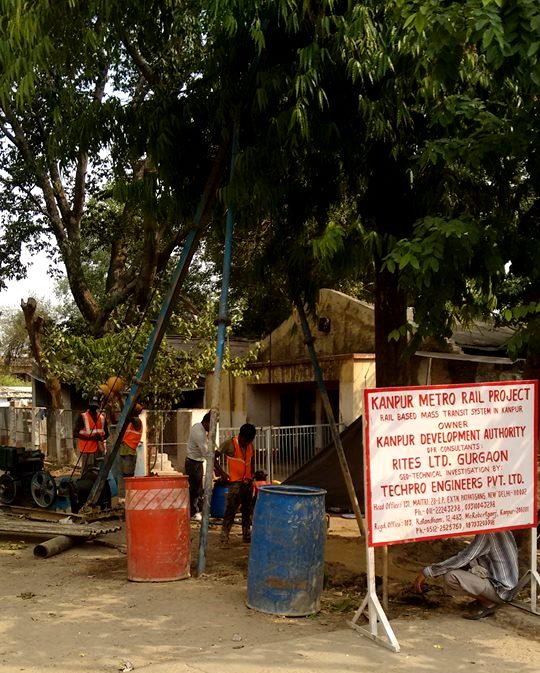 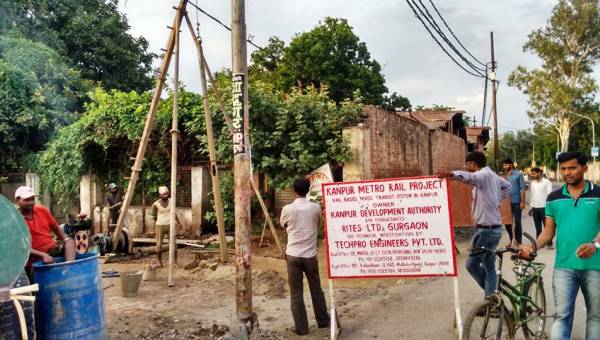 A list of places where investigation was/is being carried out: 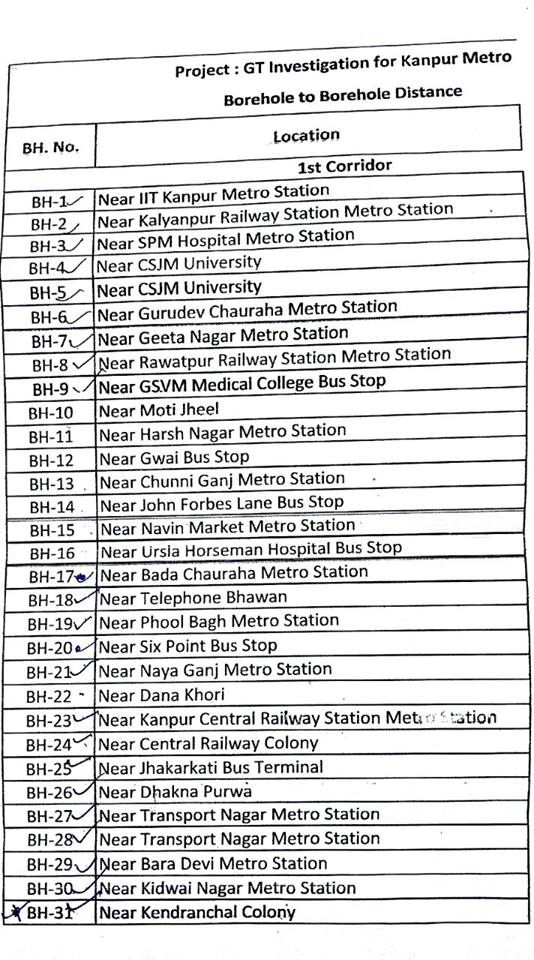 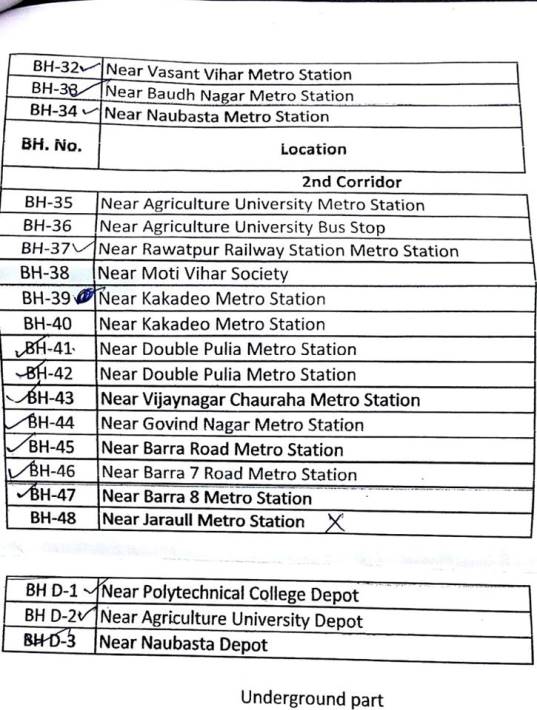 For more Metro updates, check out the Home Page of the TMRG!

2 Responses to "Work on Kanpur’s Metro Project Expected to Begin Next Year ; Geotechnical Investigation in Progress"