The title is self explanatory! On May 15 2015, the CEC-SAM JV was handed over the Letter of Acceptance (LoA) to construct the 29.07 km Noida – Greater Noida line and less than 6 months later, casting works for piers and girders has not only begun, but is progressing quite rapidly! 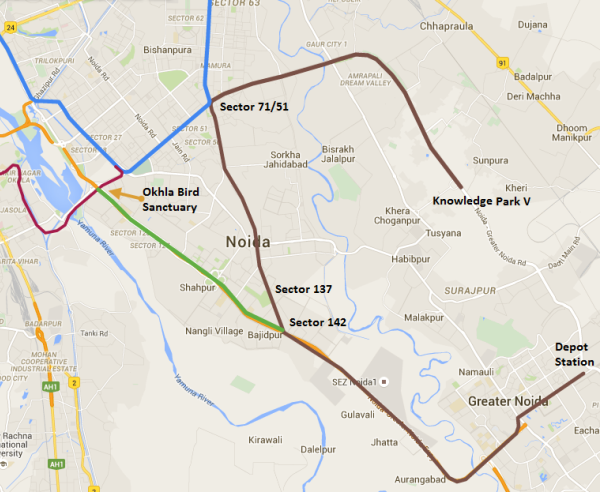 Here’s an image shot yesterday on the NC-01 section of the line between Sector 71 and Sector 137 which shows a concrete pour in progress for the first pier. The formwork casing around it will help cast the concrete and will be removed in the next 2-3 days to reveal the first pier of the line in all its beauty. 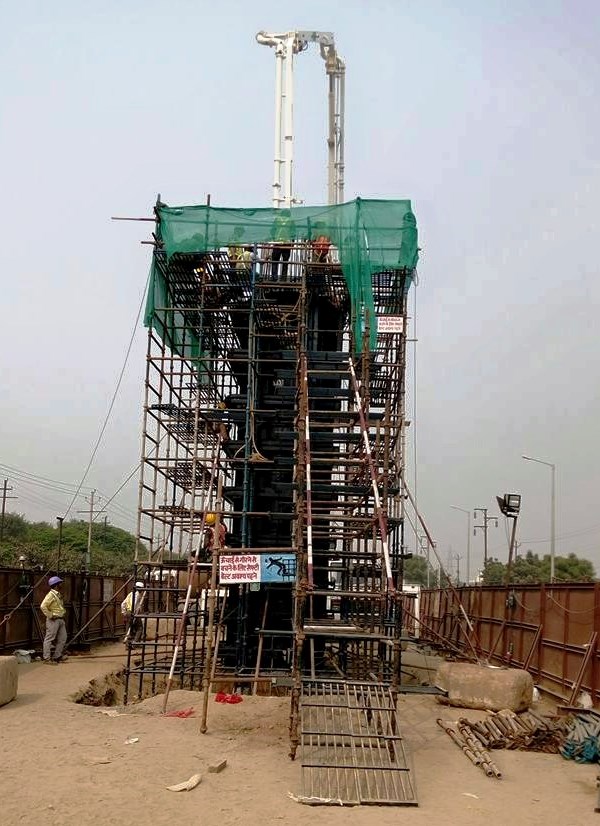 In the meanwhile, as a per a new report, so far 10 U-shaped girders (like the ones used in Lucknow & Kochi) have been cast by the CEC-SAM team at the casting yard. According to the plans, the first U-shaped girder will be placed on the viaduct by the end of this year!

As per a DMRC official:

So far, 10 U-girders have been cast and one has been lifted, tested and duly stacked at the casting yard at the Greater Noida Depot. These are being cast at both the casting yards – at Noida Sector 149 Metro station and the Depot Station in Greater Noida. We have to cast a total of 1,000 U-girders. After an inspection by DMRC managing director Mangu Singh on October 18, he had promised chairperson of the Noida and Greater Noida authorities, Rama Raman, that the girder would be lifted before Diwali, which is done.

This viaduct will be visible somewhere between the stations of Delta-I and Alpha-II in Greater Noida. We will also try to put another viaduct in place in Noida. Logistics are being worked out and once we have the girders ready for 1km length, we will lift it on the pier. Till now, a total of 15 out of 18 piling rigs have been mobilised and 700 piles (the foundation for the pillars) out of 5,000 have been made.