In an interview to the Deccan Chronicle, he mentioned the following:

The rail has to burn and get synchronised and 60 kmph is a very critical speed. Every ten kilometers we are increasing the speed limit. By Thursday, it is expected to touch 70 kmph. 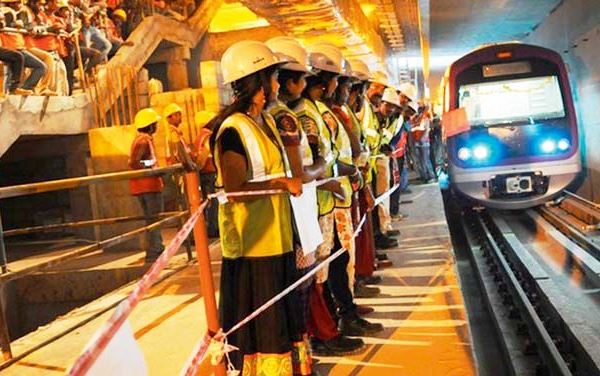 In another tweet, Vasanth Rao mentioned that the Managing Director of BMRCL is pushing for this section to start functioning from mid-January. While that seems a little too far fetched given the time it takes for testing to take place along with mandatory safety inspection by the CMRS, I’d be more than glad to be proven wrong!

As a reminder, tunneling on this section (shown below) connecting Cubbon Park station – Vidhana Soudha –  M Viveshvaraya – Kempegowda (Majestic) and City railway stations was completed in March 2014, so it was about time that trial runs began.