The 3rd of the 7 new trains to service Gurgaon Metro’s line has arrived in the city! These 7 new trains for Phase 2 along with the existing 5 operational trains procured in Phase 1 will run on the 12.1 km line from Cybercity to Sector 55-56 of which the 7 km Sikanderpur to Sector 55-56 section is currently under construction (see recent images) on the Golf Course Road.

All 3-car trains on this line have been built by CSR Zhuzhou Electric Locomotive Works on a subcontract from Siemens. While the first of 7 new trains arrived in the city in August, the second arrived in October. The remaining 4 trains will arrive over the next couple months.

Here’s an image of the 3rd train being hoisted onto the viaduct between DLF Phase 1 and Sushant Lok: 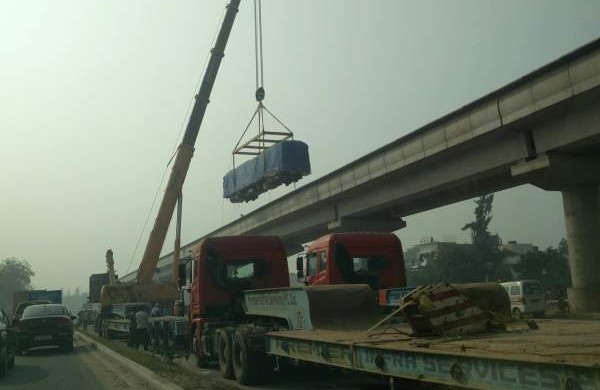 And here are some images of the 2nd train that was brought in in October: 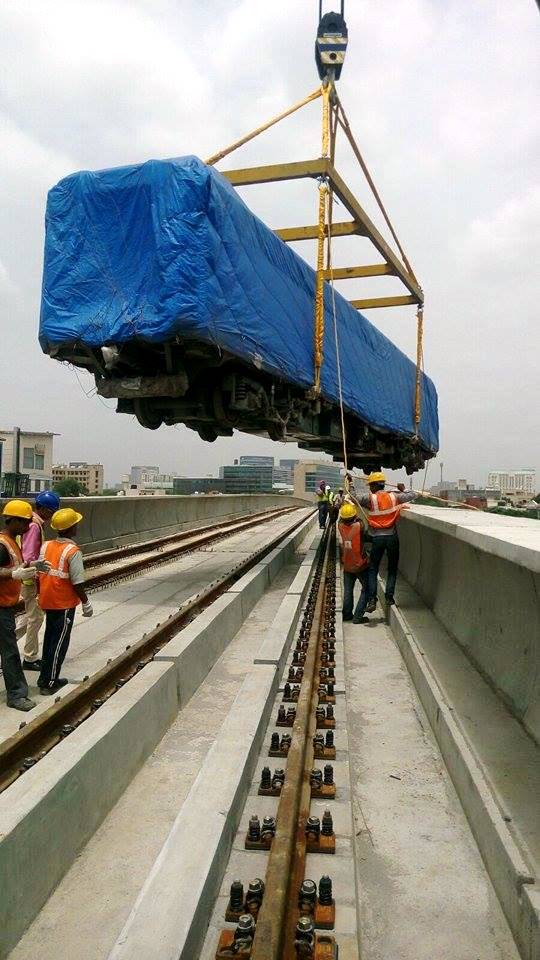 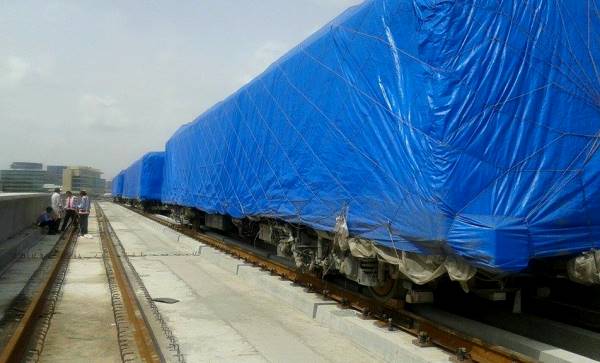 Now you might wonder why the Rapid Metro Rail Gurgaon (RMRG) chose to perform this contrived complex maneuver and not have the coaches directly delivered to the depot? There are several reasons for this. Firstly, the line’s depot is not on the ground level like other metro systems, but elevated, so they would in any case have had to lift the trains like they had done in Phase 1 of the project. The lack of road space for the crane to maneuver in the depot’s vicinity also added to that decision as seen below:

Secondly, RMRG did not want to interrupt regular operations and preferred to start testing the trains on the newly laid tracks. Once the track for Phase 2 is laid all the way to Sector 55-56, testing along the entire 12.1 km route will begin which I anticipate would be in June 2016, with commercial operations launching in the last quarter of 2016.

For more updates of Gurgaon’s Metro, check out the Gurgaon section of The Metro Rail Guy!