Towards the end of August, Afcons Infrastructure – the Delhi Metro’s contractor for contract CC-15 of Phase 3 started erecting 52 meter long I-shaped steel girders for the new Magenta line over the Agra Canal! 3 of these girders in fact got captured on Google Earth’s latest satellite imagery:

This section of the Magenta line lies between the Jasola Vihar-Shaheen Bagh station and the Kalindi Kunj station in the south-east corner of the city – see Phase 3 map. 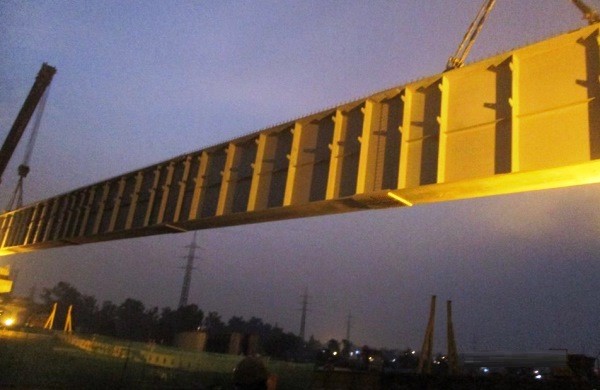 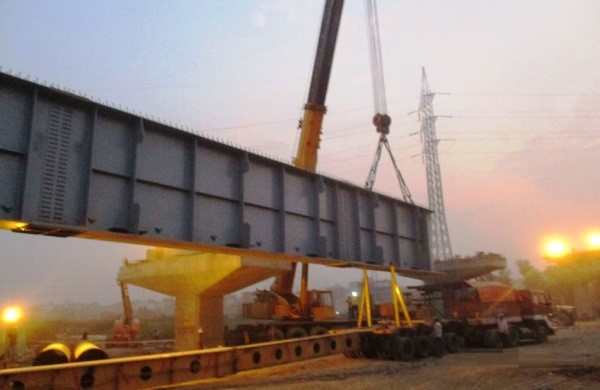 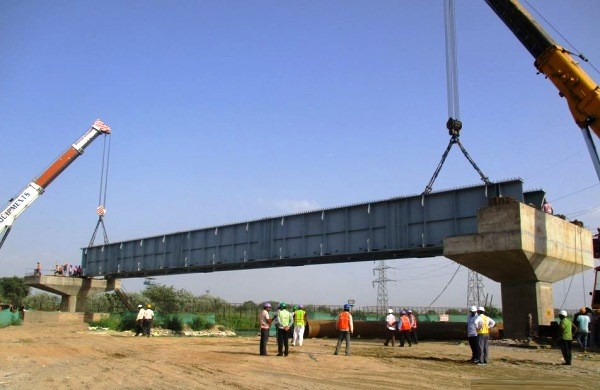 Besides the Agra Canal section, Afcons has used steel girders to allow the Magenta line to jump over the Kalindi Kunj Road near the Okhla Vihar station: 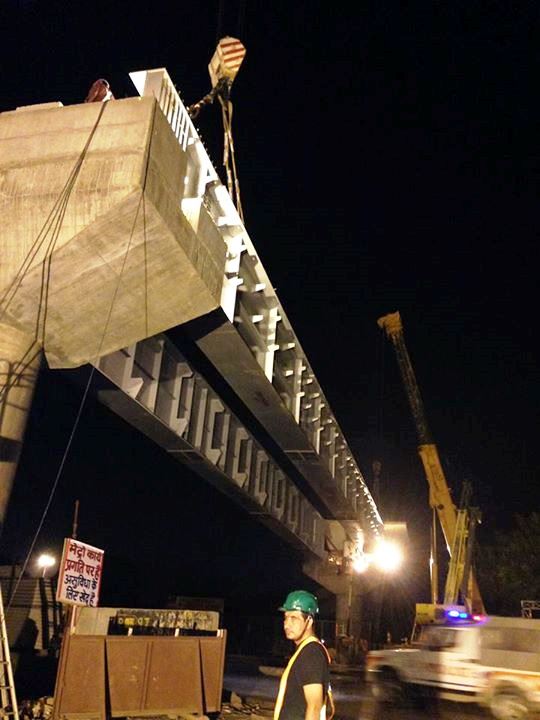