The preliminary work to construct 6 metro stations for the Ahmedabad Metro has begun! Flickr user Rushabh Gandhi recently posted an image which shows barricades have been setup by the DRA-CICO JV at the location earmarked for the Apparel Station on the initial 6 km stretch between Apparel Park & Vastral Gam of the 20.54 km east-west line. 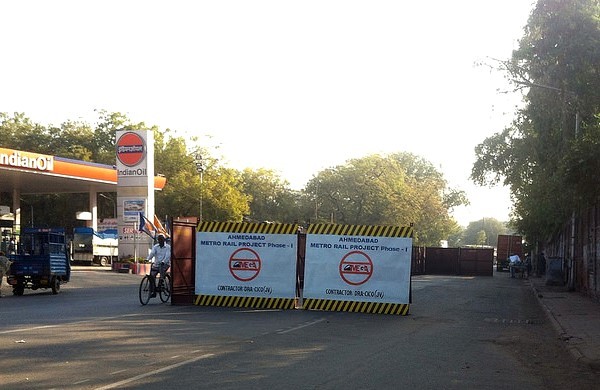 Satellite imagery of the station’s location on Amraiwadi Road: 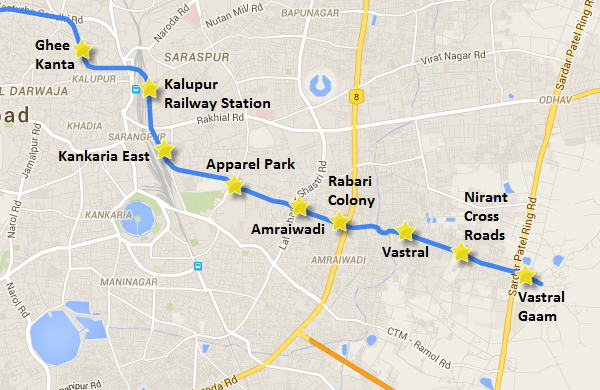 The JV of DRA-CICO is responsible for constructing 6 stations at Vastral Gam, Nirant Cross Road, Vastral, Rabari Colony, Amraiwadi and Apparel Park. They emerged as the lowest bidder after the financial bids (see tender details) were opened in June 2015 and were soon after awarded the construction contract. As a reminder, this JV company is just one among 21 companies who’ve in the past expressed interest in constructing the Ahmedabad metro project’s superstructures. The elevated viaduct on either end of the stations on this section is currently being constructed by J Kumar Infraprojects and lots of recent images of it taking shape can be viewed here.