The Delhi Metro’s contractors on the auspicious day of Makar Sankranti on January 15 began pushing a roughly 60 meter steel truss bridge for the 58.596 km Pink line over the Punjabi Bagh underpass on Rohtak Road! This feat is being achieved using multiple rollers and hydraulic jacks. While pushing the bridge to the other side will take another 3-4 days, lowering it on to the supporting piers on either side will take another 2 weeks.

This bridge is similar to the recently launched ones at Guindy in Chennai and the one locally at Rajouri Garden. Work here is being carried out by Larsen & Toubro (CC-28) and their subcontractor HMM Infra who has vast expertise in assembling & launching steel structures. They recently launched 40m long steel girders at the nearby Britannia Chowk intersection as well.

The line & bridge here will not only cross over the underpass, but will also go beneath the Green line’s section between Shivaji Park and Punjabi Bagh stations. The bridge was recently assembled (see images) just north of the Punjabi Bagh West station in the empty space seen below where ‘Shree Ganesh Medicos’ is marked:

As seen above, due to the lack of space for launching the bridge, roughly 20% of the Punjabi Bagh West station has not been constructed yet. Now that the bridge has been launched, work to wrap up its construction will begin. 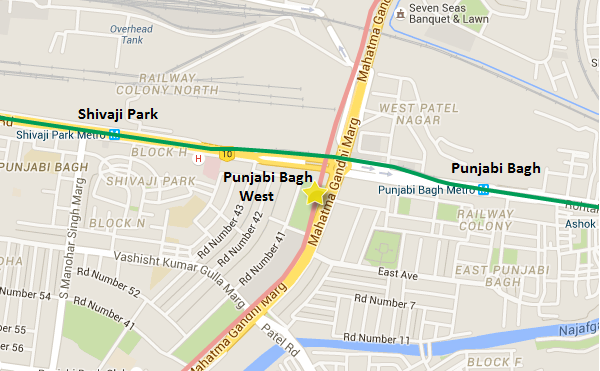 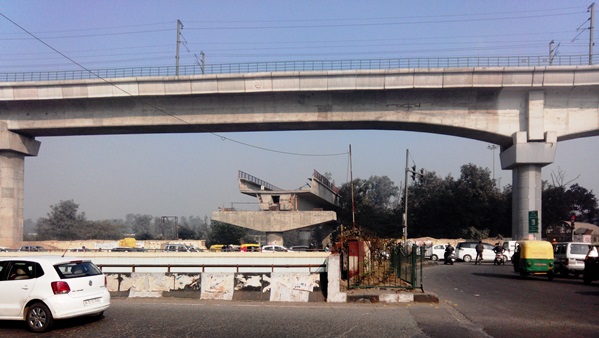 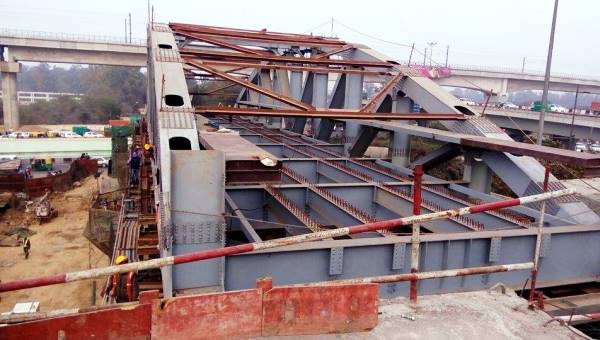 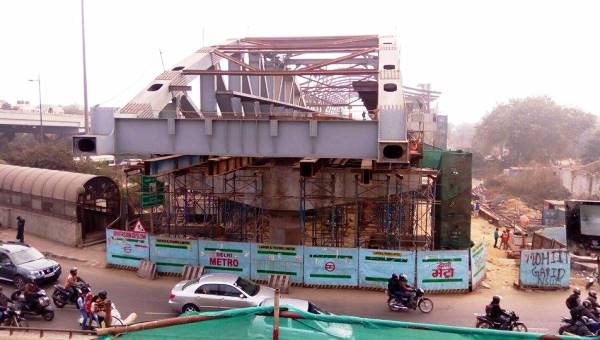 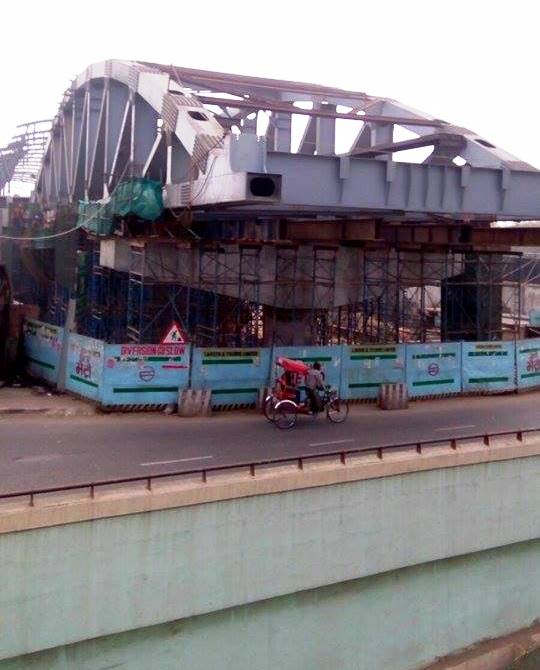 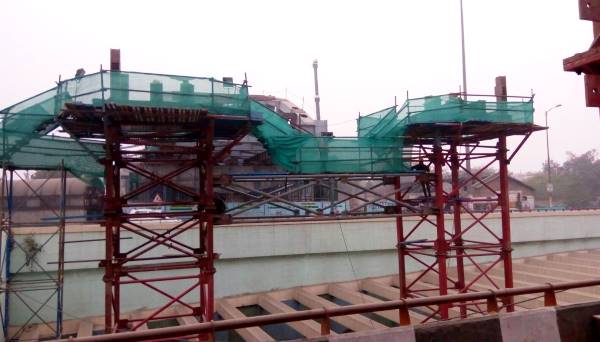 2 trestles for providing temporary support emerge from the median of the underpass – Photo Copyright: Gaurav Sood 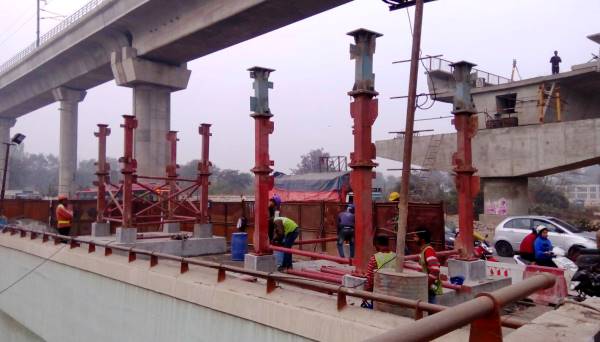 2 more trestles have been setup on the slip road – Photo Copyright: Gaurav Sood 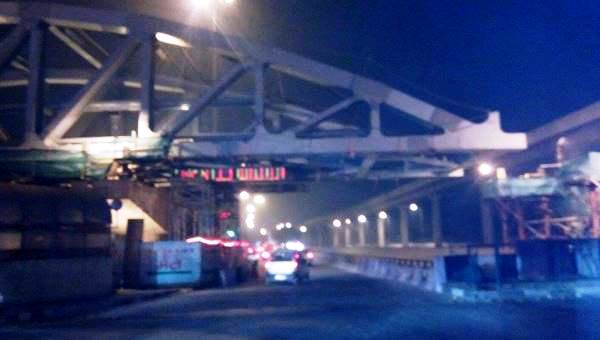 Last night the bridge was pushed to the edge of the underpass – Photo Copyright: Gaurav Sood

The following images were shot this morning (Jan 16): 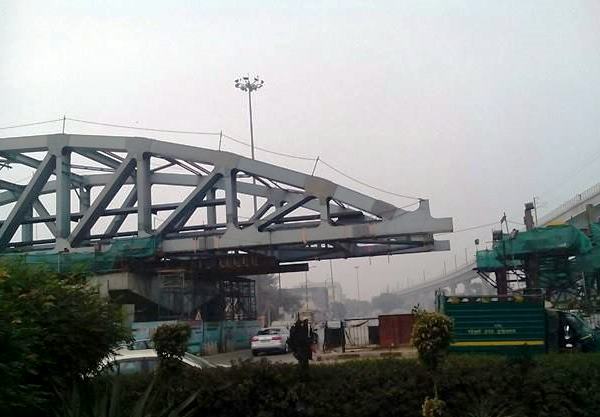 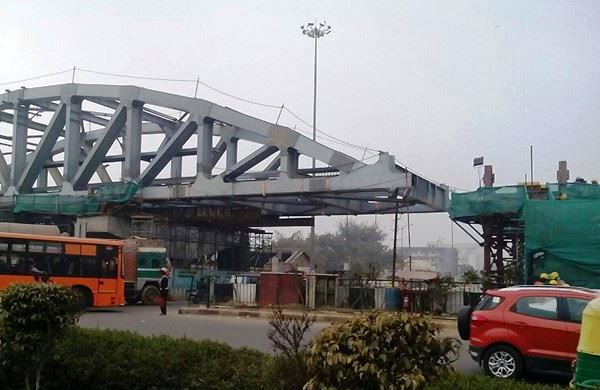 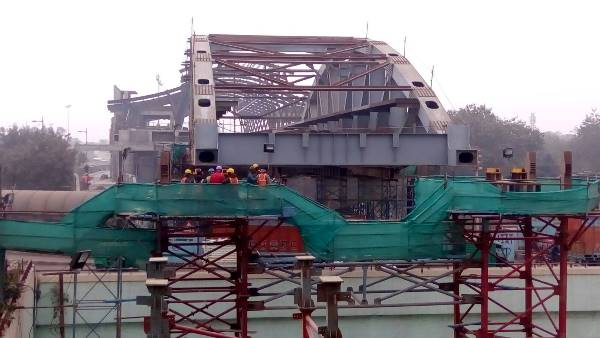 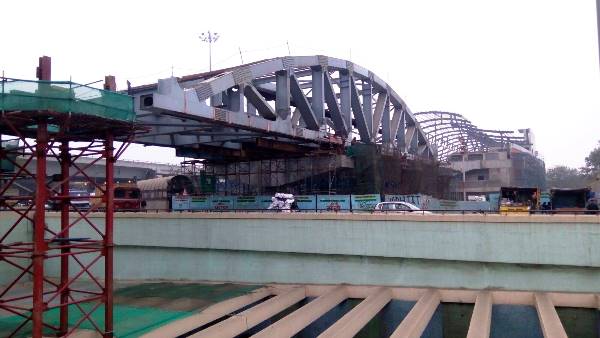 Once the operation is wrapped up in 3 weeks from now, the L&T and HMM Infra team will shift their focus a couple hundred meters north to the Shakurpur site where the Pink line will cross over the Delhi–Fazilka railway line. The steel truss bridge for it has been erected on the adjacent piers, but the team is awaiting a railway block to start pushing the bridge. Whenever that happens, I’ll post about it!