With bulk of the civil construction completed on the Delhi Metro’s new Azadpur metro station, interior finishing & HVAC works have started! This underground station on the upcoming 58.596 km Pink line will form an interchange with the operational Yellow line’s station in 2017, both of which can be seen below: 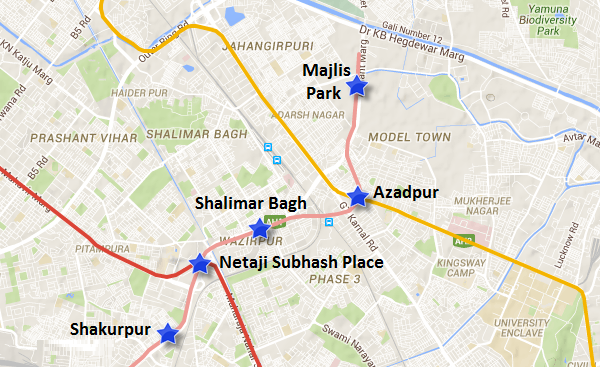 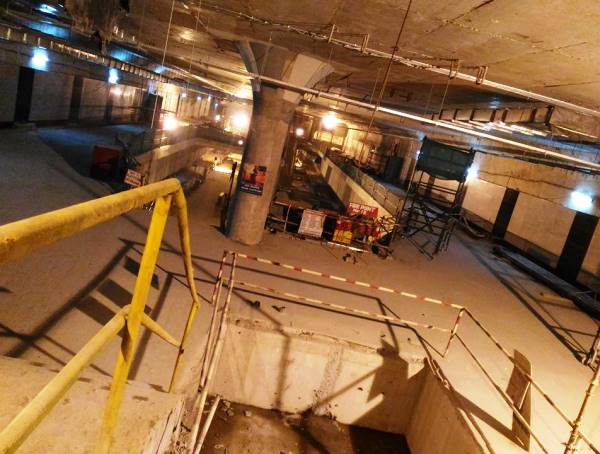 Fasteners for the HVAC ducts can be seen above. In the image below which shows the platform level, a HVAC duct & escalator have been installed. 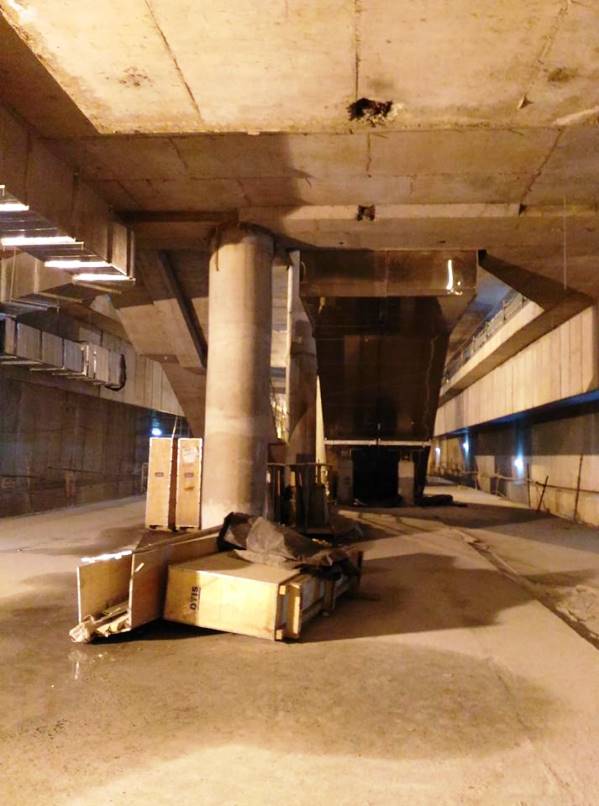 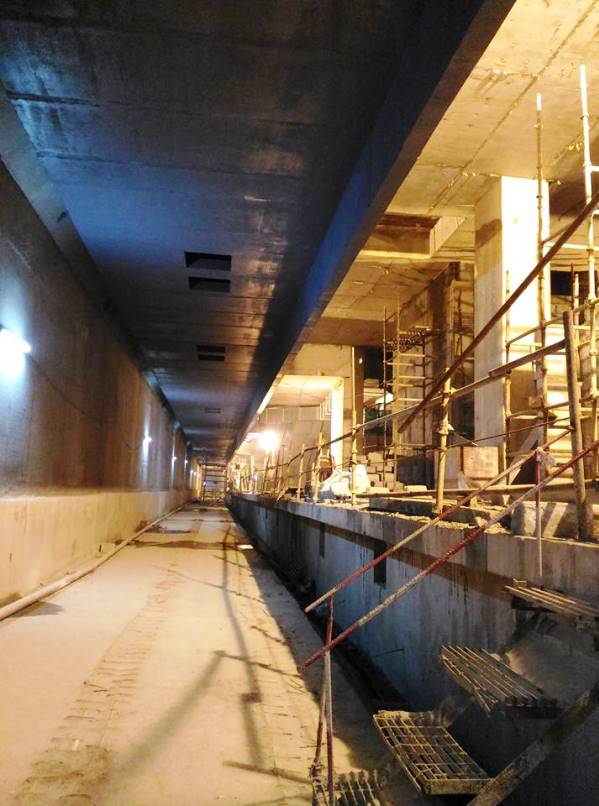 Built by CEC-CICI as part of contract CC-04 of the Phase 3 project, the line’s tunnels from here towards Majlis Park have not yet been completed due to hard rock that has prevented the Tunnel Boring Machines (TBMs) from advancing. 2 new TBMs leased from HCC-Samsung (previously used for CC-34) have arrived at the Majlis Park shaft from where they will be commissioned in March to complete the balance (roughly 600m) of tunneling work. If things go as planned, then tunneling will be wrapped up in Q3 2016. Once that is done, track work within the Azadpur station will begin. For a detailed report with recent progress made on all Delhi Metro Phase 3 lines’ tunnels, please see my February 2016 Tunneling Update.