JCDecaux which bagged a 10 year contract from the Chennai Metro Rail Ltd for exclusive advertising rights outside & within Chennai Metro’s trains recently unveiled the first ad-wrapped train! On January 21, this train was flagged off from the Koyambedu metro station which currently serves as the northern terminal of the 22 km St. Thomas Mount – Central line. Of the 9 trains operational on the 10 km Alandur-Koyambedu section of this line, 7 trains have been wrapped with advertisements by Renault and Reliance Fresh. After the 22.7 km Airport Express line in Delhi, this is JCDecaux’s second contract in the urban mass transit sector. 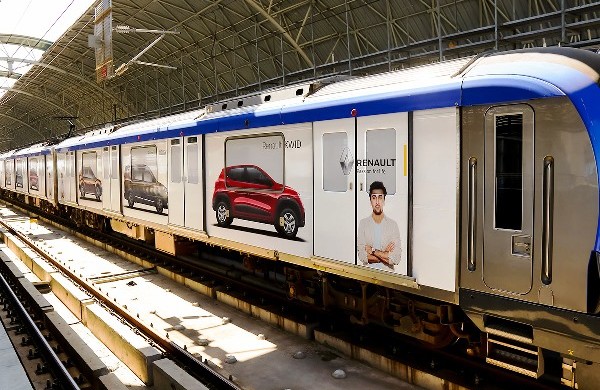 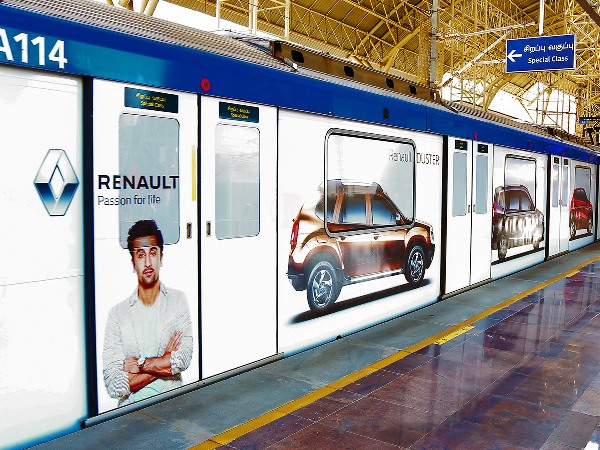 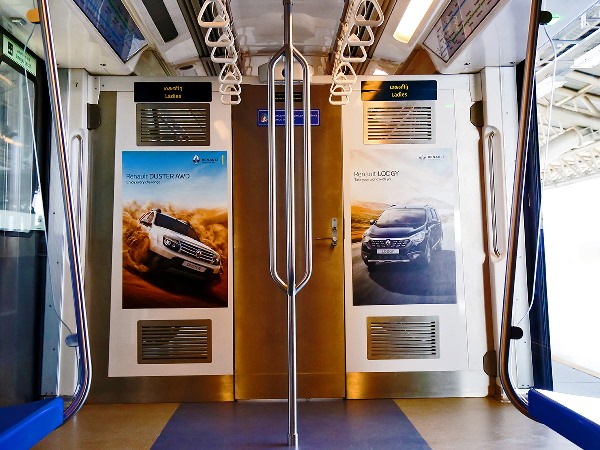 Although expensive, external wraps are the most impactful form of advertising in urban mass transit. As per some estimates, advertisers pay around Rs 25 lakh per month to wrap a single train. The prices of course vary depending on the city, metro route and the train’s coach configuration.

With this, Chennai joins a group of 4 other mass rapid transit systems in the country which feature ad-wrapped trains. The Delhi Metro took an entire 9 years to open up to this form of advertising (see images) while Gurgaon & Mumbai’s Metro trains started sporting ads from day 1 of commencing operations in November 2013 & June 2014 respectively (see images). Although Hyderabad’s Metro is another 4-6 months away from starting commercial operations, it has already began generating revenue by featuring external wraps during the trial phase.