The Nagpur Metro Rail Corporation Ltd. is going to integrate the 2nd phase of the cable stayed Ram Jhula in Nagpur with the 18.557 km Lokmanya Nagar – Prajapati Nagar metro line’s viaduct! The 2nd phase of the Ram Jhula project involves demolishing an 89 year old railway overbridge and building a 2nd cable stayed bridge similar to one built in Phase 1.  Since the Nagpur Metro’s east-west line will be passing through this area, the NMRCL and the Maharashtra State Road Development Corporation (MSRDC) recently decided to integrate both upcoming structures. 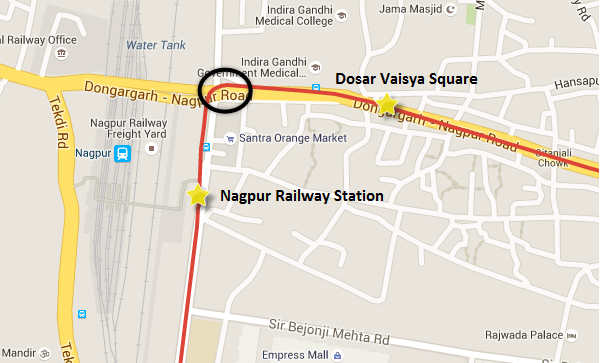 The 1st phase of the Ram Jhula was built by Afcons Infrastructure and opened to traffic in December 2014. This new bridge was necessary as the old bridge built in 1927 was nearing its service life and could collapse anytime. As per Nagpur Today:

A few years ago, South Eastern Central Railway (SECR) and the Nagpur Municipal Corporation received a letter from the British Company which had constructed the bridge years ago. The officials of the company informed the Civic authorities and the railways that the bridge’s guaranteed service is over and that the local civic authorities should stop heavy vehicles plying over the bridge. They had also supplied certain specifications about the cold-twisted iron bars and the concrete to be used by the local civic authorities if at all they decide to repair it. 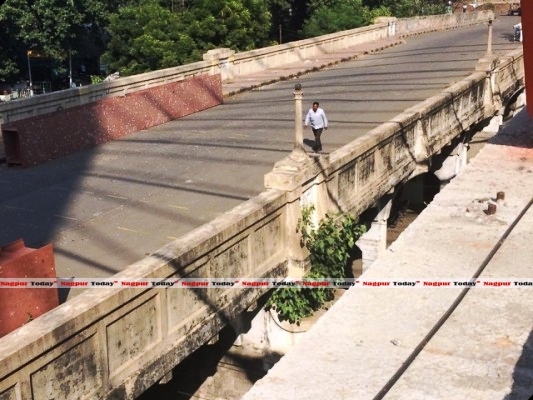 Here are a couple of images of the 1st Phase of the Ram Jhula bridge: 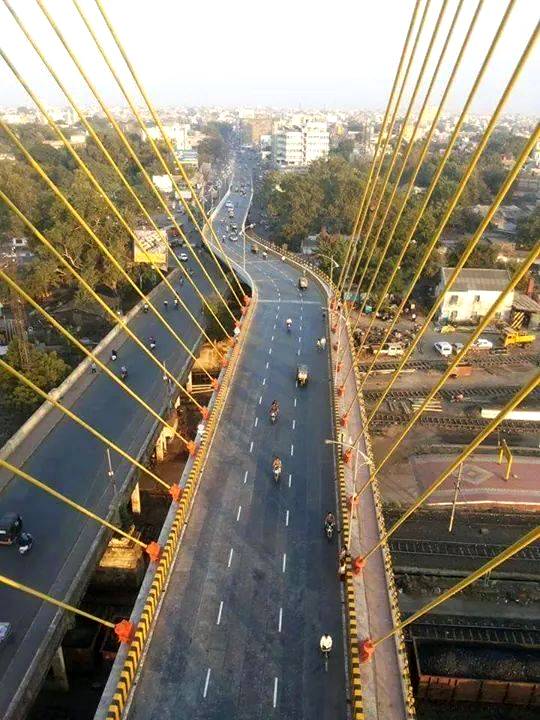 The second bridge that will replace the old bridge will similarly be cable-stayed and roughly 600 meters long. The integrated structure’s design is already in the works, and the NMRCL has signed up with IIT Bombay to verify it once it’s ready after which it invite tenders for its construction.

On a side note, the NMRCL will award the construction contract for the 10.041 km Jhansi Rani Square – Lokmanya Nagar section in the coming weeks. The financial bids for it were opened last month.