It’s been a while since I’ve shared new images of Noida’s 30.016 km new metro line to Greater Noida, so here’s a post with a bunch of them! Please keep in mind that the 3 construction contracts to the CEC-SAM JV were awarded in May 2015, so whatever you see has below has come up within a year’s time. You read that right – within a year. 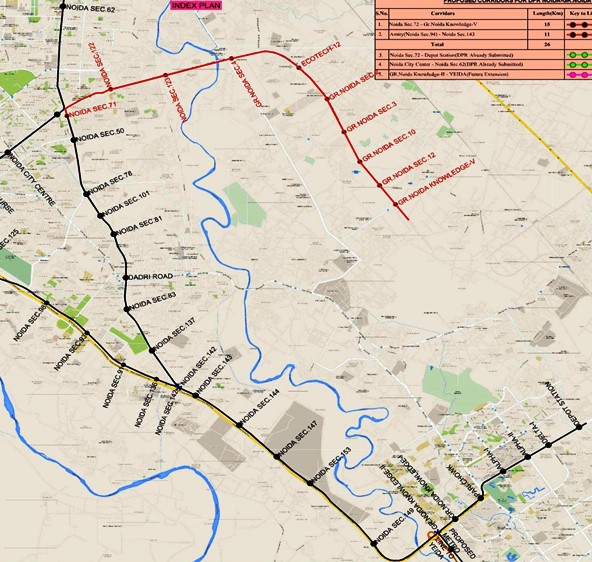 Route map of the Noida – Gr. Noida Metro (in black) 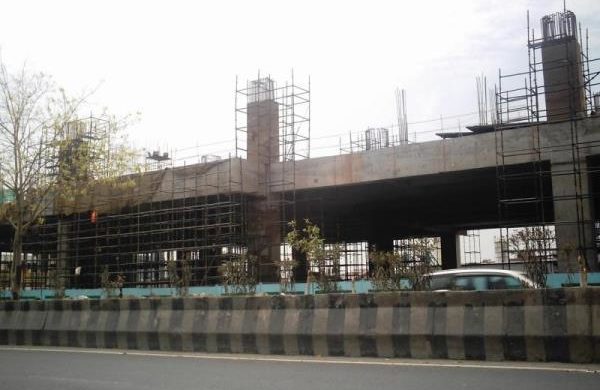 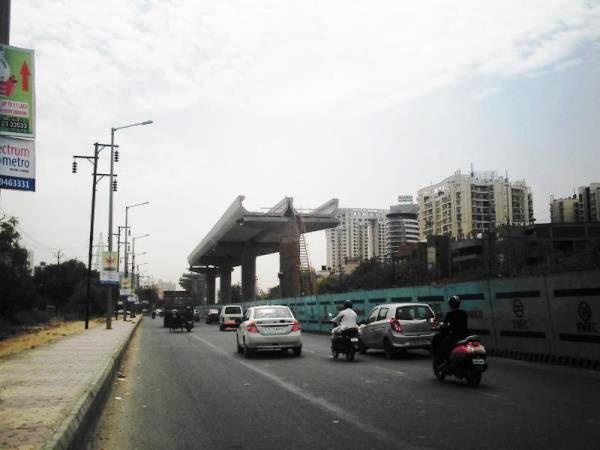 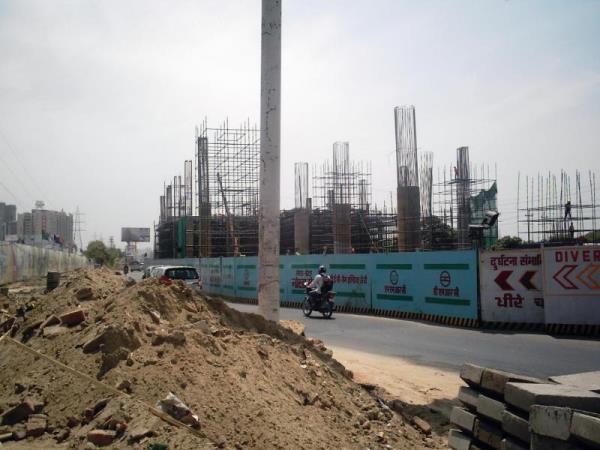 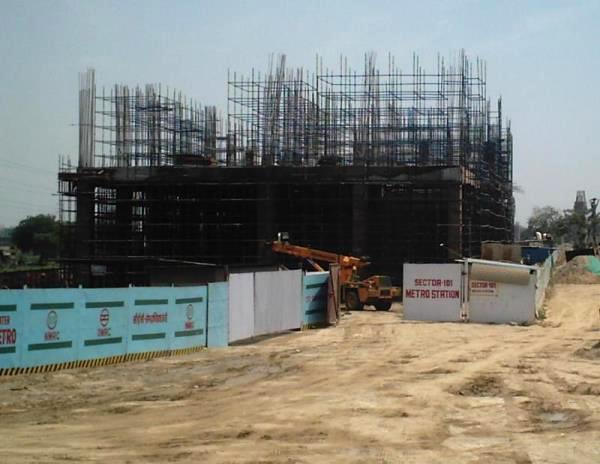 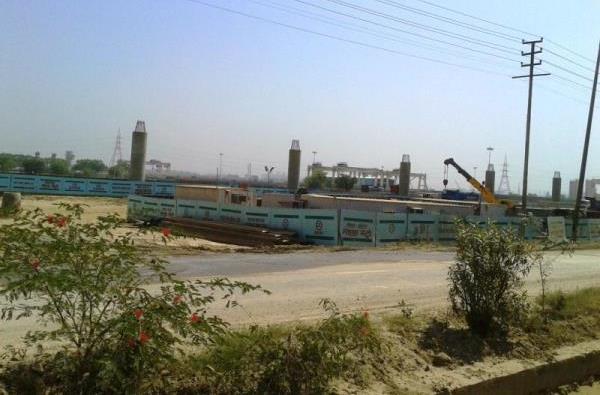 At Sector 147 with the casting yard in the background – Photo Copyright: Suresh2708 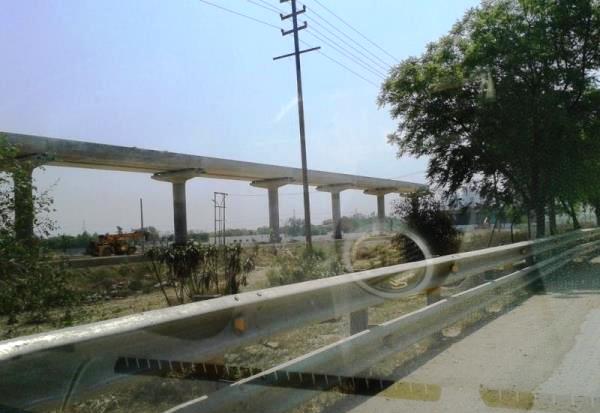 At Sector 148 along the expressway – Photo Copyright: Suresh2708 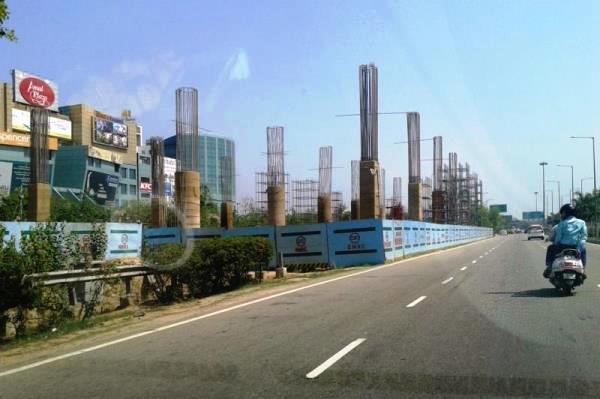 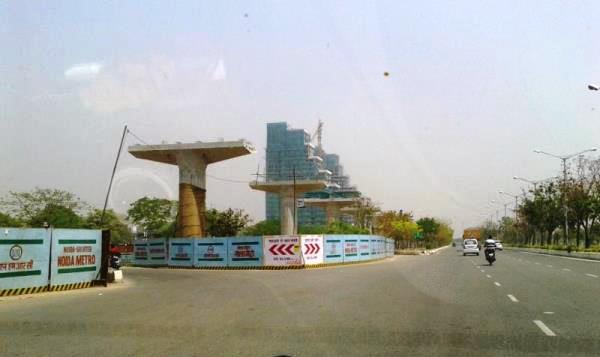 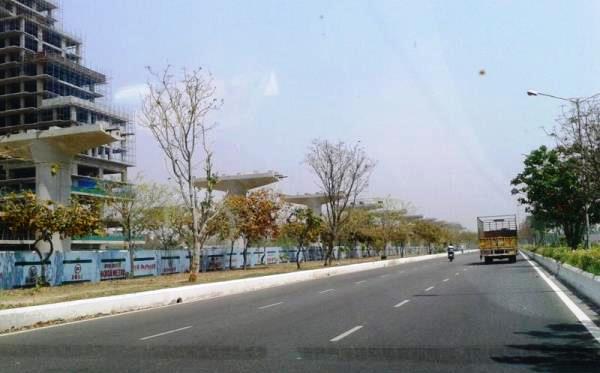 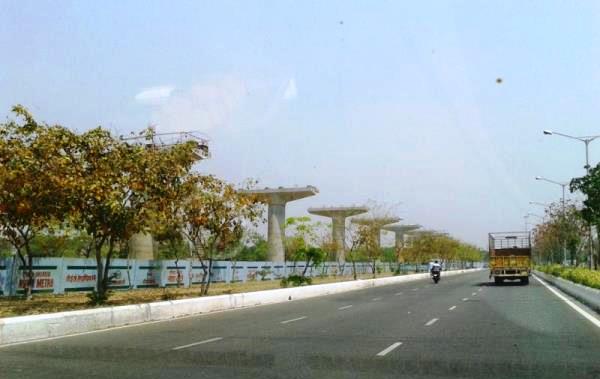 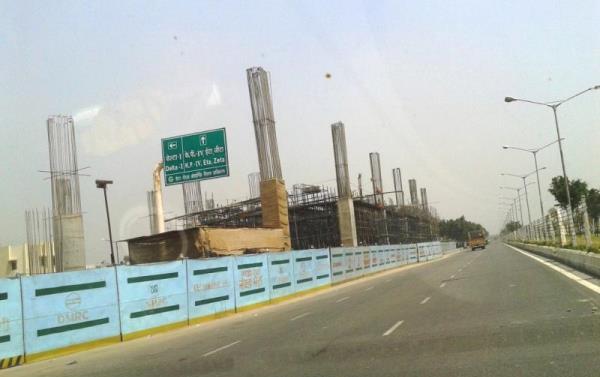 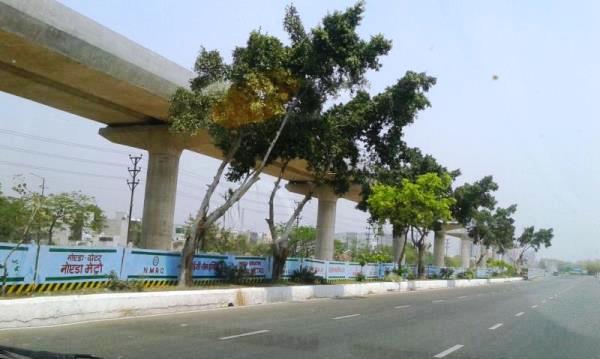 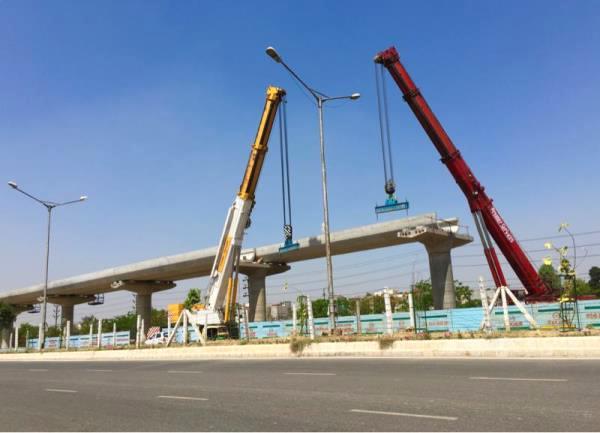 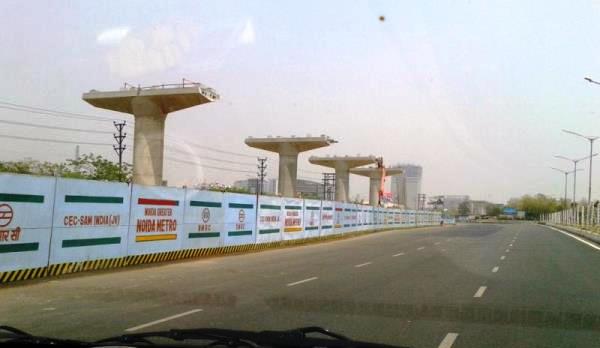 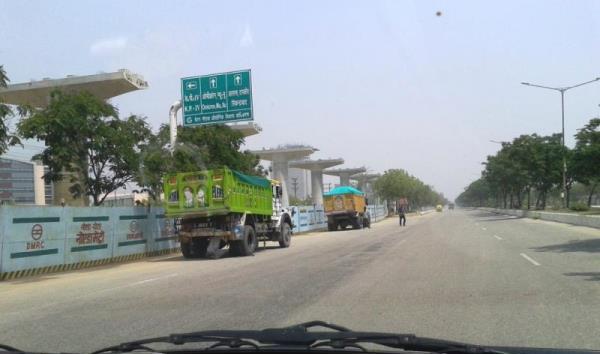 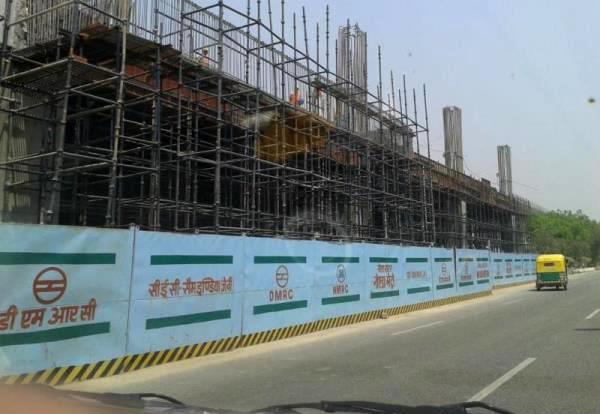 Overall, things are progressing quite nicely with the Delhi Metro Rail Corporation (DMRC) aggressively planning to open the line by November 2017. Last month they signed a MoU with CRRC Corporation to supply 19 train-sets of 4 cars for a grand total of 76 metro coaches. The preliminary design of the trains has not yet been released, but should be done sometime this summer.

Earlier this week, DMRC’s top officials visited different sites along the line following which the organization announced that 40% of the civil works & 70% of the depot’s work have been completed. Those numbers could be arbitrary or generated from a project management software, but either way, the contractors have made solid progress on the ground.

According to DMRC officials, work on the Metro line is progressing at a fast pace. Till now, out of a total 1,800 U-girders, 90 U-girders have already been cast. Piling work on stations is also being carried simultaneously at all 21 stations along the track. Piling work has been completed in 19 of the 21 stations. Currently, concourse casting is being done at those stations which have completed piling work. Concourse casting has also been completed at seven stations and platforms will be cast next.

Officials further told TOI that they had also completed 70% work on the depot in Greater Noida. The depot will cater to the requirements of the corridor and is to be used for maintenance and servicing of the Metro coaches that will run on the route. The depot will be environment-friendly and its boundary wall and building will be equipped with solar panels. The electricity generated by the panels will be used by the depot for lighting its building. Coming up across 50 acres of land in Greater Noida, it will also house a ‘Metro security park’.

Some images from the visit: 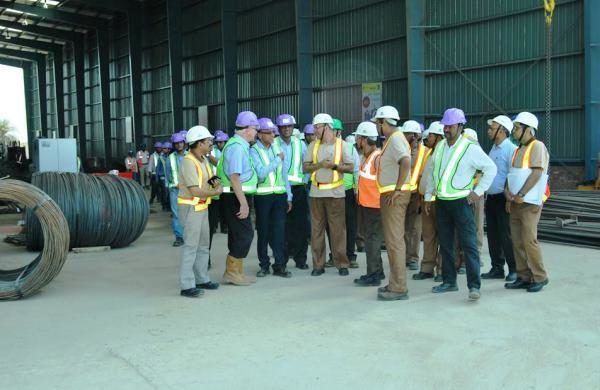 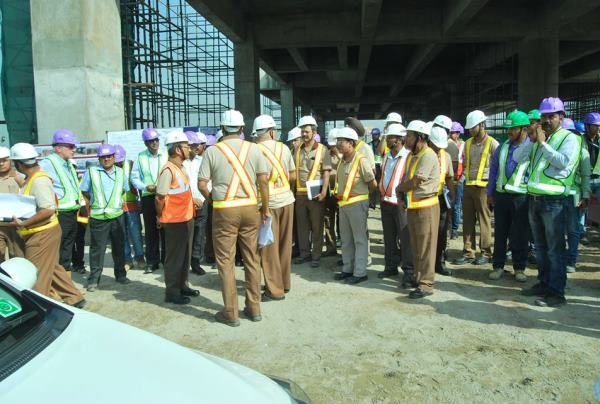 DMRC officials at one of the stations – Photo Copyright: Arwind Kumar