The Chennai Metro Rail Ltd.’s contractors have started installing full height platform screen doors (PSDs) at the Thirumangalam and Anna Nagar Tower metro stations of the 22 km Green Line! The CMRL plans to install these roughly 2.5m high PSDs at only its 19 underground stations to not only help in preventing suicides & accidents due to heavy passenger movement, but also to reduce maintenance costs by improving the quality of the environment, and lowering air-conditioning and ventilation costs.

The PSDs only open & close when a train arrives and departs the station. Here’s a brilliant demonstration video: 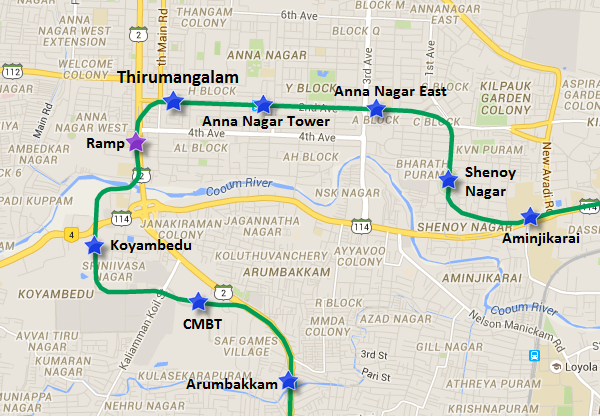 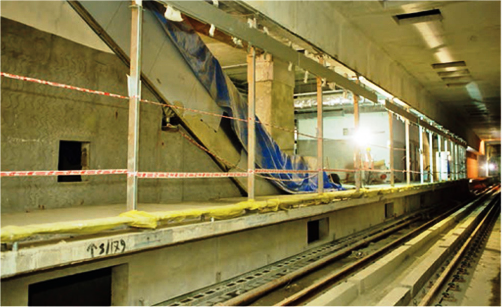 Once operational, Chennai will be the 2nd city after Delhi to commission PSDs. Full-height PSDs are already in operation at all 6 stations of Delhi’s 22.7 km Airport Express line and half-height PSDs are currently being installed at 6 key stations on the Yellow line (see images) by a JV of NRT-Stone India. In addition, all stations on the upcoming 58.596 km Pink and 38.235 km Magenta lines will also feature half height PSDs. The 3 contracts to install them valued at Rs 131.32 crores, Rs 98.71 crores and Rs 312.11 crores were given to a Japanese-Indian consoritum of KTK – AIKON in May 2015. 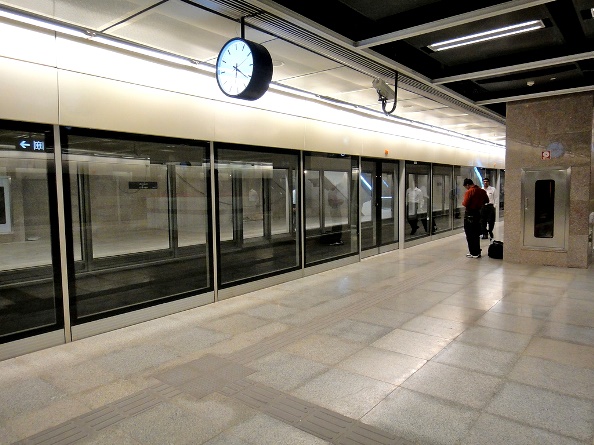 Elsewhere in India, the KMRL in Kochi had announced plans to install PSDs in 2013, but was forced to put the plan on hold due to their cost and installation time. Recently in February, the KMRC in Kolkata invited bids for installing PSDs at all of its upcoming stations on the east-west line which will be opened in phases by 2020.